The Pentagon building. Two members of the elite Navy SEAL Team 6 are under investigation after the death of a U.S. Army Green Beret in Mali
Bill Clark—AP
By Billy Perrigo

Two Navy SEALs are being investigated by the Navy’s Criminal Investigative Service over the suspected strangling of an Army green beret in Mali in June, military officials said on Sunday, according to the New York Times.

Staff Sgt. Logan J. Melgar, who had served two tours of duty in Afghanistan, was found dead in his room in Bamako, Mali, on June 4. His death is being investigated as a homicide with asphyxiation the suspected cause of death, said the Times.

The two SEALs are members of the elite SEAL Team 6, the unit responsible for the killing of Osama bin Laden.

The Times reports that the dead green beret’s superiors suspected foul play in the immediate aftermath of his death, dispatching an investigator to the scene within 24 hours. The two Navy SEALs were shortly afterwards flown out of Mali and placed on administrative leave.

Mali shares a border with Niger, where in early October four soldiers were killed in an ambush. The Pentagon has been criticized for failing to provide an adequate timeline of events in that incident, which raised questions about what American service members were doing in the country in the first place.

The dead green beret in Mali was part of a small contingent working with the U.S. embassy in Bamako, according to the Times. His was an intelligence role focused on protecting American personnel from militant attacks. 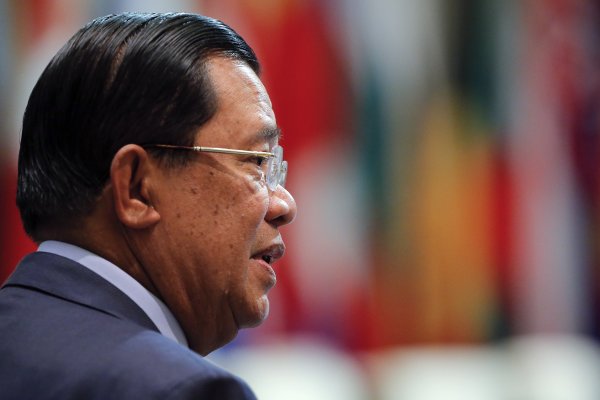 Cambodia's 'Openly Authoritarian' Crackdown on Opposition
Next Up: Editor's Pick