Could You Get Your Student Loans Forgiven? Here's How to Find Out

It’s supposed to be simple: If you work in the public interest — at a non-profit or for a government agency, say — and diligently pay off your student debt every month for ten years, the government will forgive your remaining loan balance. The federal program is called Public Service Loan Forgiveness.

But it’s not actually that easy.

The loan forgiveness program, like almost everything else in the federal student loan world, is confusing, bureaucratic and requires an almost super-human attention to the vagaries of the fine print.

Which is why two entrepreneurs, Tobin Van Ostern and Aaron Smith, have stepped up to help.

On October 30, the pair launched a new, online tool, the PSLF checker, designed to help borrowers figure out if they qualify for Public Service Loan Forgiveness — and, if so, approximately how many payments they have left.

The tool, which draws from LinkedIn’s employment data, requires that users input a bit of personal information, including the size of loans, when they were disbursed and a recent employment history. It then spits out data indicating the approximate number payments a borrower has already made and how many more he or she has to go before the loan balance is wiped away.

The tool isn’t a panacea by any means, warned Van Ostern, who directed student engagement for Barack Obama’s 2008 campaign and has since worked for the Center for American Progress, a liberal think tank.

“It’s designed to give people a sense of how many credits they should have and help people who have no idea how to start,” he said. “At this point, we are still getting lots of questions from people about where they are, how they should apply, or whether the program even still exists.”

Part of the problem is that there are seemingly infinite ways to screw up loan forgiveness enrollment in the first place. If you reconsolidate your loans, enroll in the wrong repayment program or work at an organization that isn’t a federally recognized public service organization, your payments won’t count toward loan forgiveness.

“It’s a constant problem—people have missing payments, or need to recertify an employer, or a servicer has miscounted the number of payments,” said Smith, who founded and served as the first executive director of the national advocacy organization, Young Invincibles. “It’s often an issue of consumers being confused by process.”

And then there are national politics, which complicate things farther.

In August, the Trump Administration’s Department of Education filed a legal motion asserting that there has been no final decision on whether those applying for Public Service Loan Forgiveness will have their student debt forgiven after ten years, as the program previously specified. Trump’s 2018 fiscal budget also recommended eliminating Public Service Loan Forgiveness for new borrowers after July 2018.

Van Ostern and Smith say they have plans to launch a more comprehensive tool in the future to help borrows navigate those two steps. A new tool might work a bit like TurboTax’s online interface, they say, guiding student debtors step by step through the process.

More than half a million borrowers have signed up for PSLF since 2007, according to Education Department data. Nearly 30% of those enrollees have more than $100,000 in federal student loans and many hold graduate or professional degrees, according to a 2016 Brookings report.

A 2017 Congressional Budget Office report estimated that the Public Service Loan Forgiveness program would cost nearly $24 billion over the next 10 years, although that number excludes future borrowers. If the program remains intact, education finance experts say the cost of the program will likely balloon in future years as more borrowers hear about the program, successfully enroll, and reach their 10-year payment mark.

Public Service Loan Forgiveness launched in October 2007, exactly ten years ago. Which means that this is the first month that any borrower could qualify for forgiveness. It’s unclear if that’s happened. If a first wave of borrowers did indeed receive their windfall, the Trump administration’s Education Department did not — perhaps studiously — publicize the event. 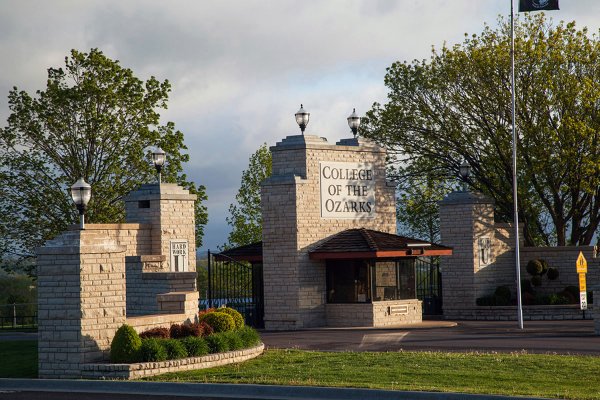 A Christian College Just Rolled Out a Mandatory Military Patriotism Class
Next Up: Editor's Pick