Smartphone users are silhouetted against a backdrop with the Twitter logo in Warsaw, Poland on Sept. 27, 2013.
Kacper Pempel—Reuters
By David Ingram / Reuters

(SAN FRANCISCO)— Twitter Inc on Thursday accused Russian media outlets Russia Today (RT) and Sputnik of interfering in the 2016 U.S. election and banned them from buying ads on its network, after criticism the social network had not done enough to deter international meddling.

RT and Sputnik condemned the decision, saying Twitter had encouraged ad spending with its sales tactics, while Russia’s foreign ministry said the ban was due to U.S. government pressure and that it planned to retaliate.

San Francisco-based Twitter said in an unsigned statement on its website that election meddling is “not something we want” on the social network. It cited a report this year from U.S. intelligence agencies and said it had also done its own investigations of RT and Sputnik.

“We did not come to this decision lightly, and are taking this step now as part of our ongoing commitment to help protect the integrity of the user experience on Twitter,” the company said.

Twitter, Facebook Inc and Alphabet Inc’s Google have all recently detected that suspected Russian operatives used their platforms last year to purchase ads and post content that was politically divisive. Russia has denied interfering in the election.

Twitter said it would take the estimated $1.9 million it had earned from RT global advertising since 2011 and donate the money “to support external research into the use of Twitter in civic engagement and elections.”

The company said it would allow RT and Sputnik to maintain regular, non-ad Twitter accounts in accordance with its rules.

RT, an English-language news channel, accused Twitter‘s sales staff of pressuring it to spend big on advertising in 2016 ahead of the election.

“The more money RT spent, the bigger the reach to American voters that Twitter would provide,” RT said, describing the Twitter sales pitch. It said it never “pursued an agenda of influencing the U.S. election through any platforms, including Twitter.”

Twitter declined to comment on any discussions with advertisers. A former Twitter employee said the sales pitch to RT is similar to what the company uses to lure advertisers to Twitter, which has struggled to turn a profit.

On Thursday, Twitter said it may become profitable for the first time next quarter after slashing expenses and ramping up deals to sell its data to other companies, which could help to break its reliance on advertising for revenue.

Facebook and Google did not immediately respond to questions about whether they would limit Russia media ad spending.

In April, Reuters reported that RT and Sputnik were part of a plan by Russian President Vladimir Putin to swing the U.S. presidential election to Donald Trump and undermine voters’ faith in the American electoral system, according to three current and four former U.S. officials.

General counsels for Twitter, Facebook and Google will testify on Nov. 1 before public hearings of the Senate and House intelligence committees on alleged Russian interference in the 2016 U.S. election.

“Twitter is wisely positioning itself to be able to tell the committees that the company has taken steps to address the issues raised,” Adam Sharp, a former Twitter executive, told Reuters on Thursday.

The Russian foreign ministry said the ban was a “gross violation” by the United States of the guarantees of free speech.

Sputnik, a news agency, said on its website that Twitter‘s move was regrettable, “especially now that Russia had vowed retaliatory measures against the U.S. media.”

Some analysts said transparency, rather than a ban, would have been a better approach. Unlike Facebook, Twitter allows anonymous accounts and automated accounts, or bots, making the service more difficult to police.

“Banning any particular person, group or country is just bad policy – in other parts of the world, platforms will come to be viewed as a tool of U.S. or other foreign policy and it will give authoritarian regimes more excuses to ban speech,” Albert Gidari, who as a lawyer has represented tech companies, said in an email. Gidari is now privacy director at Stanford Law School’s Center for Internet and Society.

“Serving as a platform for free expression does not require assisting foreign powers in their efforts to push propaganda, whether by promoted tweets or other means,” Schiff, the top Democrat on the House Intelligence Committee, said in a statement. 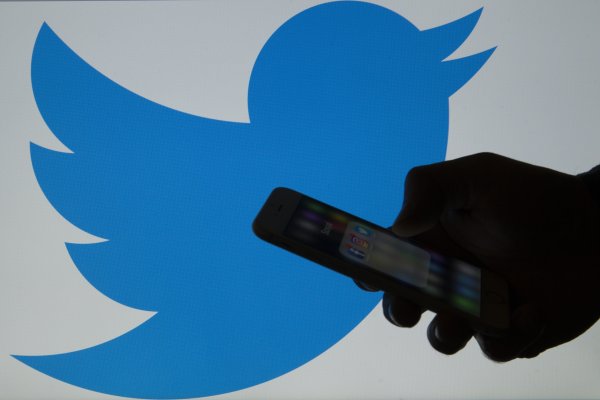