Tee Grizzley’s hit “First Day Out,” a narrative about his first day after three years in prison, has earned him fans in luminaries like LeBron James and Stephen Curry; now, however, it looks like the track is also being used to celebrate academic excellence.

In a video shared by teacher Terrance Sims, a group of sixth graders at Milwaukee Excellence Charter School in Wisconsin remix “First Day Out” into a rap song called “Excellence First,” which champions learning and academic achievement.

Two of the students truly shine however, proving themselves to be bona fide MCs in their own right, mastering the verses with the kind of aplomb and flow that should make Grizzley feel like he has some major competition. Memorable bars include “When I’m in class, I’mma give my all/show all my classmates how I really ball” and “In the year 2028, from a college I will graduate.”

This isn’t the first time that Sims has used a creative method to get his students excited about learning; earlier this year, he spearheaded a Black History Month project called “Representation Is Key,” which went viral after three of his students flawlessly recreated the promotional image for Hidden Figures. 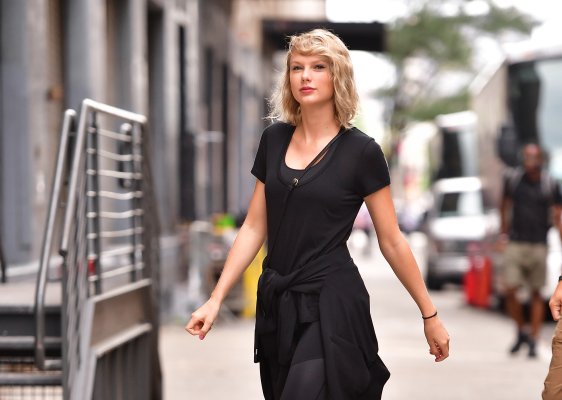 Taylor Swift's Latest Lookalike Is a British College Student
Next Up: Editor's Pick