'Mom, Where Are You?' Girl With Cerebral Palsy Detained by Immigration Officials Cries for Help

The mother of a 10-year-old girl with cerebral palsy who was detained in Texas on her way to the hospital for emergency surgery wept as she tried consoling her daughter on the phone, one of the girl’s lawyers said Thursday.

Through tears, and knowing her daughter faces deportation and a long time away from home, Felipa de la Cruz on Wednesday told her daughter, Rosamaria Hernandez, that everything would be OK, lawyer Alex Galvez told TIME.

“She said, ‘Don’t worry. We’re going to see each other soon. Everything’s going to fine. Hang in there.’ She was trying to make her smile,” Galvez recalled. “Her daughter said, ‘Mom, where are you? I miss you. Why aren’t you here? And they start crying.”

Rosamaria was being rushed to a hospital for emergency gall bladder surgery early Tuesday when she was stopped at a Border Patrol checkpoint east of Laredo and detained. U.S. Customs and Border Protection agents “escorted” Rosamaria to a Corpus Christi hospital to have her operation, the agency said in a statement. After becoming medically cleared, Rosamaria was taken to a federal facility for refugees in San Antonio on Wednesday and processed, officials said.

“She has been crying. She knows her mom is not there,” Galvez said.

Rosamaria was brought to the country illegally by her parents, immigrants who are also in the U.S. illegally.

Galvez said Rosamaria will likely stay at the facility for at least three weeks until she can return to her parents’ home in Laredo, Texas. Her parents’ illegal status means they won’t travel from Laredo to San Antonio for fear of Border Patrol checkpoints, Galvez said.

Rosamaria has been by her mother’s side since she was brought into the U.S. from Nuevo Laredo, Mexico, when she was only 3-months-old.

“She will be, for the first time, separated from her mom and dad,” Galvez said. “It’s heartbreaking. I’m upset this had to go this far.”

Rosamaria’s parents have been living in the U.S. for more than a decade with no criminal history, Galvez said. As soon as Rosamaria is released from the federal facility, immigration and deportation proceedings will begin, he said.

“It doesn’t mean she’s going to be allowed to stay here,” Galvez said. “We’re going to have to fight her case in immigration case before a judge.”

He added: “They still want to deport her.” 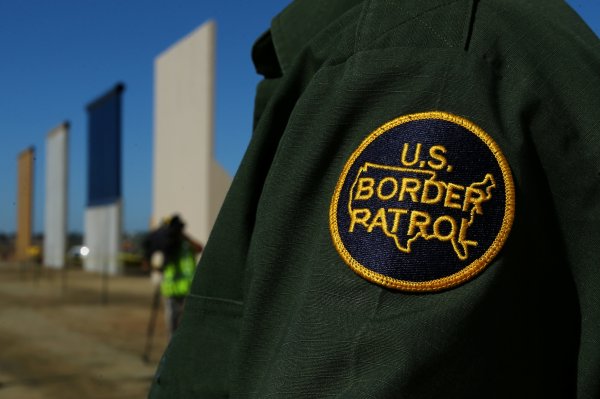 10-Year-Old with Cerebral Palsy Faces Deportation
Next Up: Editor's Pick