New Security Measures Could Delay You at the Airport. Here's What to Expect

Passengers traveling to the U.S. on international flights will need to brace for additional security screening, as airlines around the world are set to implement new measures on Thursday.

The new restrictions aim to avoid an in-cabin laptop ban similar to the one implemented by President Donald Trump’s administration earlier this year, which forced passengers on flights from 10 Middle Eastern airports to the U.S. to check all large electronics.

These new methods could include additional screening and short security interviews, Reuters reported. The additional rules will affect at least 325,000 passengers on 2,000 commercial flights arriving daily in the U.S.

Trump lifted those restrictions in July, giving airlines three months to implement higher security in order to prevent a new ban from being put into place. That deadline expires Thursday.

While specific details are not available, passengers should be prepared for short security interviews at check-in or the gate. Additional measures could also include inspections of personal electronic devices, according to Reuters.

International airlines are warning passengers to arrive even earlier than usual, as the implementation of the new measures could mean delays and extended boarding times. Lufthansa urged travelers to arrive at least 90 minutes before their departure time, and other international carriers have suggested leaving a two-hour window.

The TSA recently ramped up security for domestic passengers, and a new approach to screening is being rolled out at all U.S. airports in the coming months.

The biggest change for domestic passengers is that they will now be required to remove all electronics larger than a cellphone and place them in a separate bin before proceeding through the screening process. 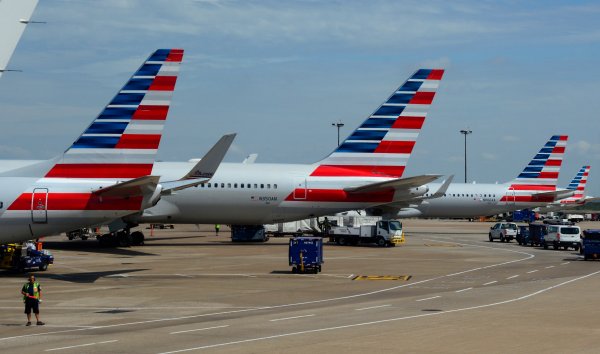 'We Do Not Tolerate Discrimination.' American Airlines CEO Responds to NAACP Warning for Black Passengers
Next Up: Editor's Pick