Doctors Are Using Diseased Organs To Save Lives. Here’s How

For two long years, Tom Giangiulio jr., 58, was on the national waiting list for a heart transplant. He had cardiomyopathy, a condition that can weaken the heart muscle, and although he’d taken medication and had surgery to fix the problem, his doctors said there wasn’t much more they could do. He would have to wait for a new heart—and hope that he wouldn’t become one of the 20 Americans to die every day while waiting for a transplant.

“You wake up every morning and wonder if you’re going to be around to go to sleep at night,” says Giangiulio, who lives in Waterford Works, N.J. “It’s like looking into the tunnel, and there’s no light on the other end.”

At a doctor’s appointment at Penn Medicine in Philadelphia, Giangiulio was approached with an unconventional offer: Would he be open to enrolling in a clinical trial that could get him a new heart faster, but would require him to be—hopefully briefly—infected with the deadly virus hepatitis C?

Each year in the U.S., about 1,000 donor hearts get discarded because of the infection, which spreads through the bloodstream to the organs. But the disease can now be cured. In the past few years, several new, highly effective drugs for hepatitis C have been federally approved, and they’ve been shown to clear hepatitis C up to 98% of the time.

“Now that hepatitis C is curable, we can use these organs and not worry about an increase in mortality,” says Dr. Rhondalyn McLean, medical director of the hospital’s heart-transplant program. “This offered an opportunity to expand the donor pool.”

Because so many people have died from the opioid epidemic, there have been more potential donor organs infected with hepatitis C in recent years. Cases of hepatitis C nearly tripled from 2010 to 2015, which experts attribute to a rise in injection-drug use. “Young, otherwise healthy people are dying from a drug overdose,” says Dr. David Goldberg, co-leader of the study and an assistant professor of medicine and epidemiology in the Perelman School of Medicine at the University Pennsylvania. “There are a lot of potential donors.”

The heart isn’t the only organ being explored. In spring 2016, Penn Medicine began a clinical trial to test the safety and effectiveness of giving people hepatitis C–infected kidneys. The trial is funded in part by the drug company Merck, which manufactures the hepatitis C drug Zepatier. After surgery, people in the study wait in the hospital for a few days until the virus appears in their blood, then start a 12-week dose of Zepatier. Fewer than 30 people have received a transplant, but everyone who has completed the drug regimen has become virus-free.

The doctors hope for similar results with diseased-heart transplants. But there are no guarantees. “We are giving someone a very serious infection,” says Goldberg. Before anyone enrolls in the heart or kidney transplant trials, they must prove that they understand they may not be cured.

After much discussion with his wife and doctors, Giangiulio became the first person in the trial to get a hepatitis C–infected heart transplant. After waiting for about three months, he matched with a donor and received a transplant on June 18, 2017. “The program saved my life,” he says.

In 2016, 4,344 people were added to the national waiting list for a heart transplant, but only 3,191 received one. The Penn doctors say using organs with hepatitis C could help close that gap. Several other hospitals are doing similar studies.

Many are eager for the surgery. “Sometimes you just have to take a risk,” says Kiran Shelat, 64, who was so excited to receive a hepatitis C–infected kidney transplant that he and his wife got lost three times on their drive to the hospital.

If the trials prove successful, it’s possible that organs infected with an array of diseases may one day be used more widely, if there are treatments that can clear those infections. “I grew up in the age where HIV was rampant and killing everyone,” says McLean. “If there comes a time where there is a cure for HIV, then we may potentially be able to do the same thing.”

Recovering from heart surgery has taken time, but now Giangiulio breathes easier and can do some physical activity. “There was no fear in making this decision,” he says. “It was going to save my life, and could save more lives every year.” 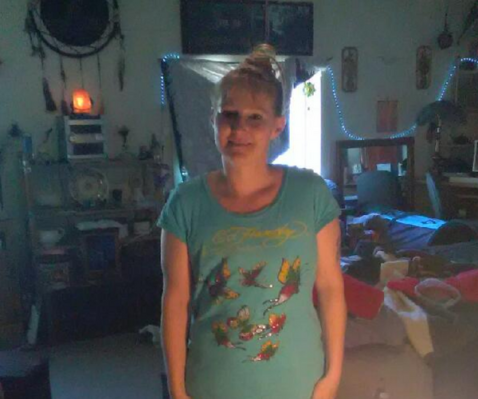 ‘I’m Permanently Damaged.’ Woman Sues After She Says Doctors Unnecessarily Removed Her Breasts and Uterus
Next Up: Editor's Pick