Saudi Arabia has been “not normal” for the past 30 years and will soon return to a “moderate Islam” according to recent comments from the kingdom’s Crown Prince, who attributed the country’s adherence to hardline Islam to fallout from the Iranian revolution.

“After the Iranian revolution in 1979, people wanted to copy this model in different countries, one of them is Saudi Arabia. We didn’t know how to deal with it. And the problem spread all over the world. Now is the time to get rid of it,” he continued.

The crown prince’s comments are the latest indication of a softening in the values of Saudi Arabia, which gloms to a fiercely puritanical strain of Sunni Islam. They also coincide with his attempts to consolidate his authority and break with hardline clerics that have long held sway over the House of Saud. Last month, the Kingdom lifted a ban on women driving cars, according to local media. Authorities have also loosened guardianship rules that restrict women’s access to jobs, higher education and medical procedures

At an earlier investment summit in Riyadh, Salman remarked on the country’s young population. “We won’t waste 30 years of our life combating extremist thoughts, we will destroy them now and immediately,” he said, according to the Guardian.

At the summit, Saudi touted proposals for a $500bn independent economic zone, an ambitious attempt to diversify the kingdom’s almost entirely oil dependent economy. The new economic zone will spill over Saudi’s borders into neighboring Jordan and Egypt and, according to the Guardian, includes a tourist hub in which men and women will be allowed to mingle freely. 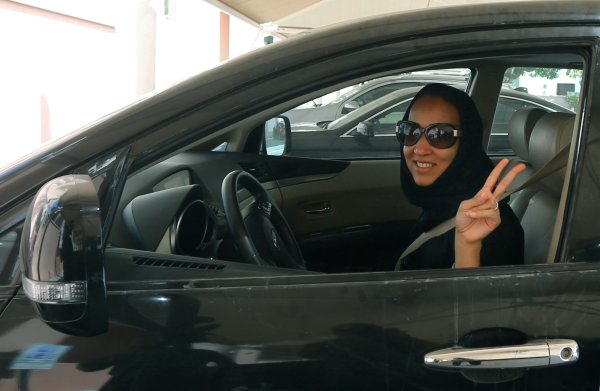 What Saudi Women Need More Than a Driver's License
Next Up: Editor's Pick