New, Reputation-era Taylor Swift isn’t holding back on the visuals. First there was Graveyard Thriller-style Swift in the reference-packed video for “Look What You Made Me Do.” (And Glam Snake Queen Swift, and Diamond Bath Swift, and Cat Burglar Swift, among many others.) And now, in the trailer for her new music video for second single “…Ready For It,” released Thursday night, we are getting introduced to Cyborg Swift.

First teased in a series of Instagram posts on Monday, the trailer features Swift dressed up Ghost In the Shell-style, looking a lot like Scarlett Johansson’s cyborg character in what appears to be a completely nude bodysuit as she explores and battles for survival in a dark, sinister urban underworld. Above, lightning flashes and crisscrosses a moody sky, appropriately echoing the aggressive bass line of the track. Below, Swift ramps up for a fight. It appears she has the power to harness electrical energy and to shatter glass on command, too. The message: this is not a Swift you want to mess with.

Taylor Swift’s sixth album Reputation is out Nov. 10. Watch the video for “…Ready For It?” below. 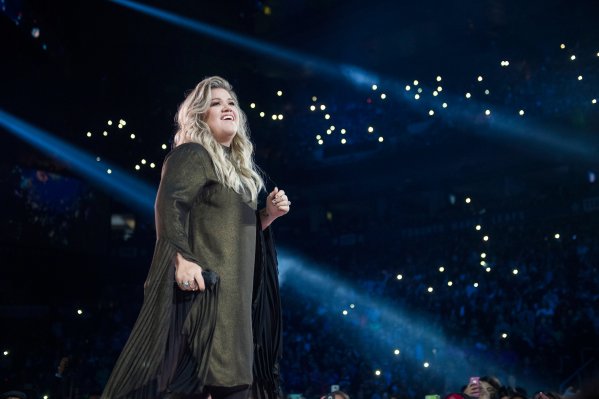 Kelly Clarkson Delivers Soul and Sass to 'Meaning of Life'
Next Up: Editor's Pick