Game of Thrones actor Nathalie Emmanuel celebrated her co-star Emilia Clarke’s birthday on Monday by posting an epic throwback photo. Emmanuel — who plays Daenerys Targaryen’s interpreter and right-hand woman Missandei on the HBO drama — took to Instagram to share a picture of herself and the now 31-year-old Clarke touring Spain around the time the show’s fifth season was being filmed.

“Happy Birthday to the home girl famalam bredrin @emilia_clarke. This lil throwback was taken on that lovely little day out we took in Seville in like season 5. Have a wicked birthday! Love ya!” she captioned the shot, adding the hashtags #HappyBirthdayEmilia and #badassladybossclub.

Emmanuel and Clarke have been working closely together since the Mother of Dragons tricked slave-master Kraznys mo Nakloz into gifting Missandei to her in Thrones‘ third season. Dany later freed Missandei from her chains and the two went on to form one of the most tight-knit bonds in the series. 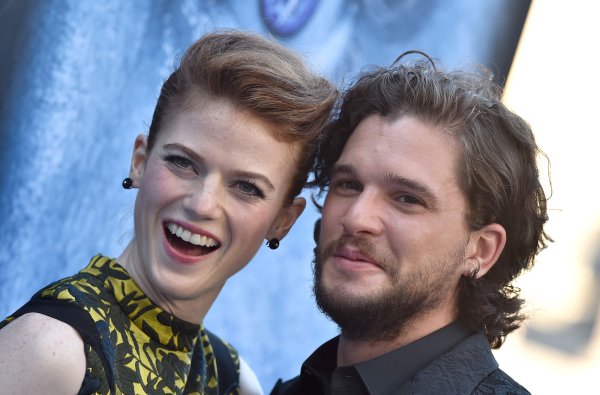 Kit Harington Explains Why He and Rose Leslie Would Rather Not Take Photos With You
Next Up: Editor's Pick