President Donald Trump and the GOP Congress want to give America a tax cut, and no doubt most Americans want one. Who wouldn’t? But there is a math problem. It has to be paid for, or the tax cuts get added to our already record-high national debt.

To bring down tax rates as much as the president wants would cost a huge amount — so huge, in fact, that politicians in Washington are having a hard time figuring out how to pay for what has been promised. In recent weeks, the Trump administration and GOP leaders released an initial tax “framework” that we estimate could add upwards of $2.2 trillion to the debt. That is equal to $17,500 per U.S. household.

But the cost is even higher than that. Debt not only suppresses economic growth, it suppresses future wages. For example, based on estimates from the nonpartisan Congressional Budget Office, average income in 30 years will be $5,000 less a year if the national debt continues to grow on its current trajectory rather than being put on a downward path. And this is based on what our debt is already projected to do under current law, before trillions more are added in debt-financed tax cuts.

Americans must ask themselves, is a $500 or $1,000 tax cut worth it if your kids are not only going to have to pick up the tab but also earn thousands less a year in income because of it?

But wait — there is hope. Tax reform that is paid for can bring down tax rates, simplify the tax code, and grow the economy — all without hurting our kids. So why aren’t the politicians doing just that? Because it requires tough choices.

To pay for reform, politicians will have to fight back against some politically powerful special interests and end some popular breaks that are ingrained in the tax code. These “tax expenditures” — various deductions, credits, exclusions and exemptions — amount to nearly $1.6 trillion per year.

Instead of making those choices, some in Washington are charting the easy way out and opting instead to heap the cost onto the national debt while using smoke, mirrors, and gimmicks to hide it.

The Senate is working on a budget now that will allow up to $1.5 trillion in unpaid for tax cuts based on the claim that the economy will grow enough to make up the difference. But those growth claims are wildly exaggerated and will ultimately lead to a much higher debt.

Tax cuts do create economic growth, but nowhere near dollar-for-dollar. To not add to the debt, most of the tax cut needs to be offset by broadening the tax base, raising other revenues, or cutting spending, (and a small fraction can be paid for by growth.) A reasonable estimate would be for growth to offset just 10-20% of the tax cut. Past tax cuts in 1981 and the early 2000s have led to widening budget deficits and lower revenue.

Importantly, tax reform can and should be a critical economic growth driver. I would put it at the top of the list for policies to help create a comprehensive growth plan for the country. But tax reform that is paid for is much better for the economy than a plan that adds to the debt.

When we embarked on the important objective of reforming the tax code, the President, his Cabinet, and the leaders in Congress said the plan would be fiscally responsible and structured to grow the economy. Bravo.

But as the pressure to get tax reform passed mounts, the goal has slid from using the economic gains from tax reform to improve the fiscal health of the country (great plan) to relying on those gains to offset the costs (OK, if they are realistic assumptions) to massively exaggerating how much we can grow the economy and then double-counting the growth (a recipe for a fiscal mess even worse than the one we currently are in).

The debt is at near-record levels, and we need to do everything we can to increase the pace at which our economy is growing. Coming up with a real plan for tax reform that will grow the economy but not the debt is worth the effort.

There is no magical economic growth golden goose or accounting gimmick that can paper over tough fiscal choices. 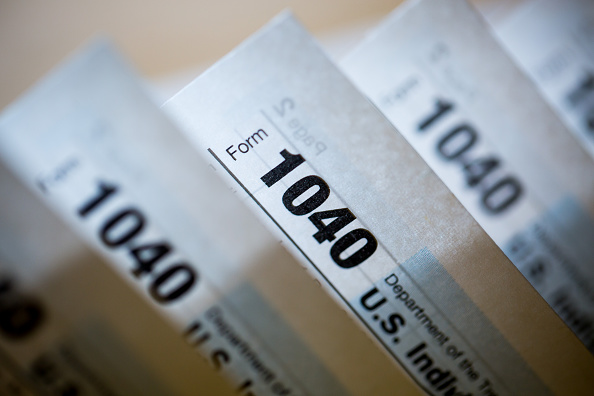 Here's How President Trump's Tax Plan Would Affect You
Next Up: Editor's Pick