When Alicia Silverstone raided Cher Horowitz’s closet for her appearance on Lip Sync Battle, she probably had no idea that she would—to borrow a phrase from Clueless—have Chrissy Teigen “totally buggin’.”

Turns out that Teigen is a huge fan of Clueless and even though she is a celebrity who attends the Oscars and the Grammys and is frequently surrounded by mega-stars, including her husband John Legend, she couldn’t help but ask Silverstone to take a photo with her. Luckily Silverstone didn’t brush off the request (as if!) with a sassy, “This is California, not Kentucky” and agreed to take a photo with the Lip Sync Battle co-host.

Teigen posted a photo on Twitter over the weekend of Silverstone, dressed in her character’s iconic yellow plaid outfit, alongside Teigen and her daughter, Luna. “How am I supposed to sleep? I think I’ve asked for 2 photos in my entire life. @AliciaSilv and Beyoncé,” Teigen wrote in the photo’s caption, proving her excellent taste in fandom. 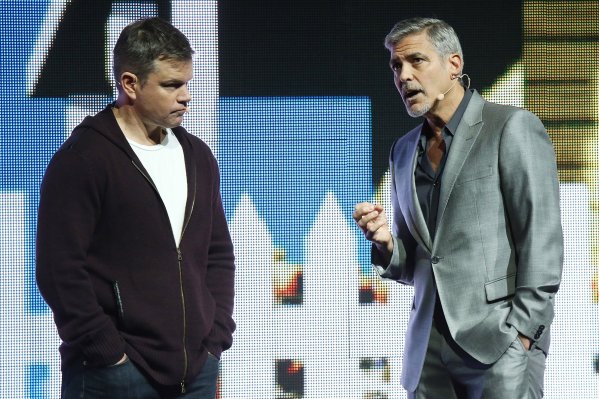 Clooney and Damon: Harvey Weinstein Was a 'Womanizer'
Next Up: Editor's Pick