Android creator and former Google executive Andy Rubin is slashing the price of his new company’s Essential phone by $200, bringing the price down to $499 and making it a much more sensible purchase for those in search of a new Android phone.

The price cut also comes as new phones made by Apple and Samsung are starting at more expensive prices than ever before. The entry level iPhone X, which includes a more vibrant edge-to-edge OLED screen and facial recognition, will cost $999 when it launches on Nov. 3. The stylus-wielding Galaxy Note 8 that Samsung launched in September starts at $950.

“We could have created a massive TV campaign to capture your attention, but we think making it easier for people to get their hands on our first product is a better way to get to know us,” Essential’s Niccolo de Masi wrote in a blog post announcing the price drop.

Those who purchased Essential’s phone at full price before Oct. 22 will get a $200 discount code to use toward another phone or the company’s 360-degree camera attachment. That offer is only valid if you apply to receive a code by Nov. 15.

Read more: 30 Ultimate Tech Gifts for Every Person On Your Holiday Shopping List

The cut puts the Essential phone in a similar price tier as the $479 OnePlus 5, which is currently out of stock, and Motorola’s $408 Moto Z2 Play. Unlike those phones, Essential’s device comes with a larger and sharper display that’s nearly borderless and a titanium build that feels more durable. The Essential phone’s camera lags behind those found on rivals like the iPhone and Samsung’s Galaxy phones, but for $499 some tradeoffs are expected when compared to pricier phones. Rubin has also said that Essential plans to continually issue software updates aimed at improving the camera over time.

The Essential phone has faced a somewhat rocky launch this far: The phone was released at the end of August after Rubin had initially said it would ship within 30 days of being announced. More recently, technology company Keyssa, which is backed by Nest founder and iPod co-creator Tony Fadell, filed a lawsuit accusing Rubin’s company of stealing trade secrets related to the connector it uses to wirelessly connect to accessories, according to Reuters. And according to a report in Fierce Wireless, market tracking firm BayStreet Research estimates that Essential only sold 5,000 phones through Sprint in its first two weeks.

But Rubin insists that being honest and open with his company’s customers will differentiate Essential from big firms like Apple and Samsung. “I want to be relatively transparent,” Rubin said in an interview with TIME in September. “I don’t think secrecy helps garner any trust in a company.” 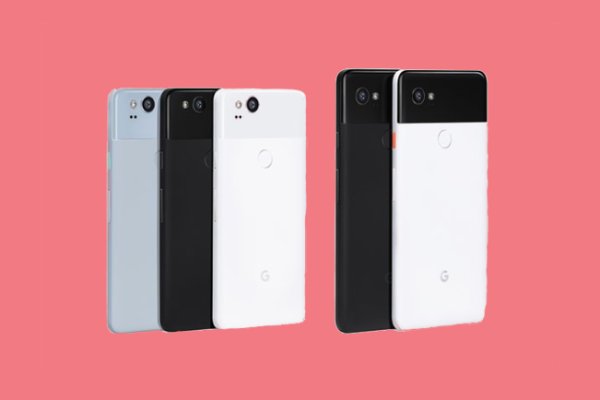