How the World Is Marking the 500th Birthday of Protestantism

Five hundred years ago, an unknown monk named Martin Luther marched up to the church in Wittenberg, a small town in what is now Germany, and nailed a list of criticisms of the Catholic church to its door.

The date was Oct. 31, 1517, and Luther had just lit the fuse of what would become the Protestant Reformation. His list of criticisms, known as the 95 theses, would reverberate across world history. The Church would split, wars would be fought and people would be burned at the stake. It was the birth of Protestant Christianity.

Religiously speaking, the Reformation led to the translation of the Bible into languages other than Latin, allowing many people to engage with scripture for the first time. It also brought an end to the controversial sale of “indulgences” — payments the Church said reduced punishment for sins after death, which Luther regarded as corrupt.

More generally, the Reformation contributed to the expansion of literacy, with people no longer needing to rely on priests to read and interpret the Bible. Luther promoted universal education for girls and boys at a time when education was reserved for the wealthy, and believed in the connection between literacy and empowerment, both spiritually and socially.

Luther’s act is taught as one of the cornerstones of world history, even though most historians now agree that it was a relatively unremarkable event which was canonized at a later date for political ends. Nevertheless, it remains a lasting symbol of resistance 500 years later.

So how is an anniversary of that magnitude being celebrated?

The hub of anniversary celebrations will be Luther’s homeland, Germany, where “Reformation Day” has long been celebrated as a holiday in certain states. This year, it’s set to be a full-blown national holiday. Chancellor Angela Merkel, the daughter of a Lutheran pastor, has encouraged German churches to promote a narrative of unity over division in their celebrations.

That’s a line that the Catholic Church and some of the biggest protestant denominations are also keen to stress. On last year’s 499th anniversary, Pope Francis joined leaders of the Lutheran World Federation in Sweden (where Lutheranism is the dominant religion) to hold a joint commemorative service. In his address, Francis said: “We have the opportunity to mend a critical moment of our history by moving beyond the controversies and disagreements that have often prevented us from understanding one another.”

Not long after Francis’ address, the Protestant Archbishop of Canterbury in England expressed remorse for the violence committed there in the name of the Reformation. Hundreds of churches and monasteries were demolished in the 1500s, and many people gruesomely killed, during England’s pained transition from Catholicism to Protestantism.

After 500 years of division, there seems to be a consensus from the top that this anniversary will be one of reconciliation.

But official church celebrations aren’t the only ways in which the milestone is being marked.

In popular celebrations Germany also leads the way, and for proof you need look only as far as its toy economy. In 2015, a commemorative Martin Luther figurine from Playmobil became the German company’s fastest-selling product ever. It took just 72 hours for the initial run of 34,000 to sell out, leading the company to rush another batch into production. A spokesperson labeled the demand a “big mystery.”

Americans are also doing their bit. A musical entitled Luther: The Rock Opera premiered in Wittenberg earlier this year. The North Dakota pastor responsible for the two-and-a-half hour production describes it as “Hamilton meets Jesus Christ Superstar meets Monty Python.” Performances in Berlin and Wittenberg will mark the anniversary.

And, as the anniversary falls each year on the same day as Halloween, around the world people are taking inspiration from Luther for their costumes. On Reddit’s Christianity subreddit, a post asked whether it would be sinful to dress up as Martin Luther for Halloween. On Twitter, others had no qualms about their plans to do the same, whilst on Amazon, a search for “Martin Luther Costume” turns out enough results to dress a small congregation.

Back in Germany, the broadcaster ZDF is airing a two-part serial entitled “Reformation” commissioned especially for the anniversary, starring Maximilian Brückner as Martin Luther. It is also airing in the U.K. on the BBC, and both channels have also commissioned special documentaries to mark the occasion.

The town of Wittenberg itself is understandably excited; in fact it’s already in the tenth year of a “Luther decade” it proclaimed in 2008. On the anniversary, a “Reformation festival” will see “jugglers, musicians, hosts, craftsmen and people from the Middle Ages” gather in the town center, before the church opens for a commemorative concert in the evening.

For some people, this anniversary may be the first they’ve heard of Luther and the Reformation. But the wide range of celebrations, exhibits, documentaries and even commemorative toys mean that it’ll be hard to escape its legacy, 500 years on. 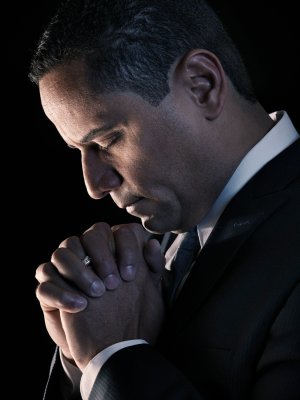