Steve Bannon: George W. Bush's Presidency Was the Most 'Destructive' in U.S. History

Speaking at a banquet convention for members of the California Republican Party, Bannon said that “there has not been a more destructive presidency than George Bush’s.”

Bannon also criticized Bush for the rise of China as a world power and said that the former president “embarrassed himself” during an anti-bigotry speech he gave earlier this week that was widely viewed as a takedown of President Donald Trump.

“Bullying and prejudice in our public life sets a national tone, provides permission for cruelty and bigotry and compromises the moral education of children,” Bush said at the time. “Bigotry or white supremacy in any form is blasphemy against the American creed.”

A spokesperson for Bush denied that the speech was directed at Trump. But that didn’t stop Bannon, Trump’s former employee, from ripping into the former president.

“President Bush, to me, embarrassed himself,” Bannon said. “It’s clear he didn’t understand anything he was talking about… He has no earthly idea whether he’s coming or going, just like it was when he was president of the United States.”

Bannon has returned to his role as executive chairman of the so-called “alt-right” news site Breitbart following his dismissal by Trump in August. He was working with Trump during his presidential campaign when the then-candidate routinely criticized Bush’s brother, Jeb, who was running for the office as well. 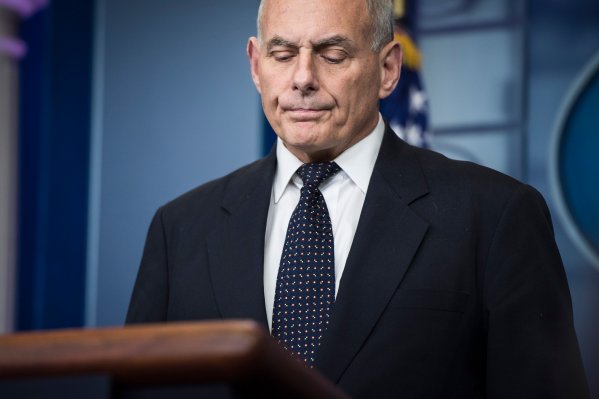