What We Miss When We Ignore Asian Americans

The Asian American Federation partnered with leading immigrant advocacy groups in New York to hold the Asian-American Dreamer rally outside Trump Tower in Manhattan on October 5, 2017.
Pacific Press—LightRocket/Getty Images
Ideas
By Chris Lu
Lu served as the U.S. Deputy Secretary of Labor during the Obama Administration and is a senior fellow at the University of Virginia Miller Center.

Last month, a landmark study called “Tokens on the Small Screen” confirmed what even casual TV watchers have probably observed: the Asian Americans and Pacific Islander (AAPI) population is seriously under-represented on television. Examining 242 scripted shows on broadcast, cable and streaming TV over a one-year period, researchers found that barely one-third of TV shows have a series regular who is AAPI. Even TV shows set in cities with large AAPI populations — New York and Los Angeles, for instance — are mostly devoid of Asian American characters.

AAPIs are also missing elsewhere. A recent study of Silicon Valley technology companies concluded: “Asians are the least likely to be promoted to managerial or executive positions, in spite of being the largest minority group of professionals and the most likely to be hired.” An analysis of the legal profession found: “Asian Americans are the largest minority group in big law firms, but they have the highest attrition rates and the lowest ratio of partners to associates.”

Meanwhile, AAPIs are now the fastest-growing racial group in the country. The population of Americans of Asian descent — now numbering 20 million — has grown 72% since 2000 and is expected to surpass that of Hispanics by the year 2055. Yet in too many spaces, they’re largely invisible.

Take, for instance, the political programming that dominates cable news and Sunday morning shows. Since leaving the Obama Administration in January, I have appeared on TV to discuss the policy debates and political fights in D.C., and I can count on one hand the number of AAPI pundits who appear on a consistent basis.

A generation ago, one might have claimed that the lack of AAPI talking heads was because there weren’t enough people with the right experience. That assertion certainly can’t be made today. In addition to the hundreds of AAPI executive and legislative branch staffers, policy wonks and political strategists in both parties, there is a record 18 Asian American members of Congress, including three in the U.S. Senate. There is a wealth of expertise, but a dearth of representation on television.

Putting more Asian faces on TV isn’t about diversity for diversity’s sake. It’s about closing the gap in the public understanding of how different demographic groups are impacted by issues such as policy changes in immigration, health care, taxes and trade. It’s about hearing the perspectives of the nation’s fastest-growing racial group in the major policy debates in our country. And it’s about ending a perception that AAPIs aren’t truly part of the larger American family.

In the discussion of immigration reform, it’s rarely noted that there are 1.6 million undocumented people of Asian descent, and that 10% of eligible DACA recipients hail from Asian countries like South Korea, Philippines, India and Pakistan.

During the debate on repealing the Affordable Care Act, there was little mention of the 2 million AAPIs who have gained health coverage — and the impact that weakening protections for pre-existing conditions would have on Asian Americans, who suffer disproportionately from diseases like Hepatitis B and diabetes.

Outside of ethnic media, there is little attention paid to the dramatic increase in hate crimes directed at Asian Americans, including over 200 documented incidents since January.

In a battleground state like Virginia, where Asian Americans comprise 8% of voters, public opinion polls of the governor’s race never examine the preferences of this key voting bloc.

And with regard to controversies like the Russia investigation, Puerto Rico recovery or the National Anthem, there is almost never an Asian American pundit providing general political commentary.

Understanding how policies impact different groups is critical to designing the right solutions. And an important way to further that understanding is giving a platform to a diverse set of voices. Whether it’s television programming or the leadership of tech companies and law firms, what we see right now isn’t reflective of where we are as society — and what we aspire to be. 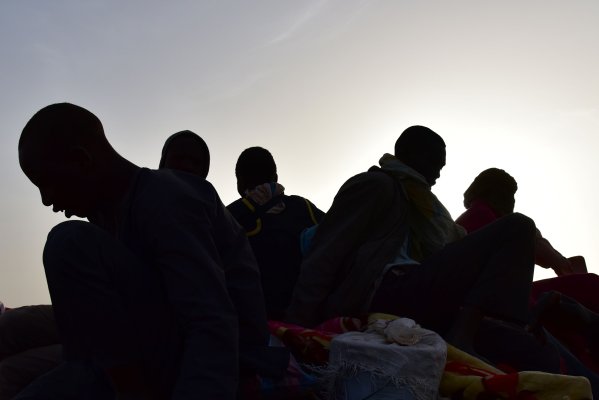 Why I Became a Doctor Who Treats Torture Victims
Next Up: Editor's Pick