White House Chief of Staff John F. Kelly takes questions and talks about his son during the daily press briefing at the White House in Washington, DC on Thursday, Oct. 19, 2017.
The Washington Post/Getty Images

The video, published by the South Florida Sun-Sentinel, shows that in Wilson’s speech at the 2015 dedication of the Miramar FBI building, she does not take credit for the funds. She does talk about her efforts to shepherd through a bill to name the building after deceased agents.

“It is a miracle to say the least,” Wilson says in the video of getting the bill passed quickly. “But it speaks to the respect that our Congress has for the Federal Bureau of Investigation, the men and women who put their lives on the line every single day.”

Defending herself against Kelly on CNN Friday morning, Wilson noted that she “was not even in Congress in 2009 when the money for the building was secured.”

On Thursday, Kelly, who was criticizing Wilson for her characterization of President Trump’s call to a slain soldier’s family, called Wilson an “empty barrel” and said she spent the bulk of her 2015 speech praising herself for securing funding for the FBI building.

“In the long tradition of empty barrels making the most noise, stood up there and all of that and talked about how she was instrumental in getting the funding for that building, and how she took care of her constituents because she got the money, and she just called up President Obama, and on that phone call he gave the money — the $20 million — to build the building,” Kelly said. “And she sat down, and we were stunned.”

The White House stood by Kelly’s remarks Friday. When asked about the video at the White House press briefing, Press Secretary Sarah Huckabee Sanders told the reporter, “If you want to go after General Kelly that’s up to you, but I think that if you want to get into a debate with a four-star Marine general, I think that’s something highly inappropriate.” 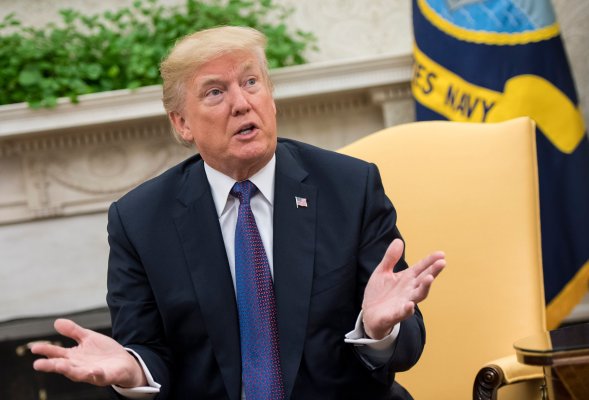 President Trump Is Personally Interviewing U.S. Attorney Candidates. Is That Normal?
Next Up: Editor's Pick