It's True: Alcohol Helps You Speak a Foreign Language Better

Those who dabble in learning a new language sometimes find that alcohol — in moderation — helps them speak more fluently. In a way, that makes sense: It’s been shown that a beer or a glass of wine can lower inhibitions, which may make it easier for some people to overcome nervousness or hesitation.

But on the other hand, alcohol has also been shown to impair cognitive and motor functions, negatively affect memory and attention, and lead to overconfidence and inflated self-evaluations. So do people really speak non-native languages better after drinking, or is that just their liquid courage talking?

To answer that question, British and Dutch researchers conducted an experiment, published this week in the Journal of Psychopharmacology. And it turns out, people in the study really did speak more fluently after a low dose of alcohol — even when they didn’t think so themselves.

The study included 50 native German speakers who were studying at Maastricht University, located in the Netherlands near the border with Germany. All of the people in the study said they drank alcohol at least sometimes, and, because their classes were taught in Dutch, had recently passed an exam demonstrating proficiency in the language.

Each person was asked to have a casual, two-minute conversation with an interviewer in Dutch. Before that chat, half were given water to drink, while the other half were given an alcoholic beverage. The amount of booze varied based on the person’s weight, but for a 150-pound man, it was equivalent to just under a pint of beer.

The conversations were recorded and then scored by two native Dutch speakers who weren’t aware which people had consumed alcohol. The participants were also asked to self-score their own performances, based on how fluently they felt they’d spoken.

Unexpectedly, alcohol had no effect on the speakers’ self-ratings; those who’d had a drink weren’t any more confident or pleased with their performances than those who’d had water.

But they did perform better, according to those who listened to the recordings. Overall, the native Dutch speakers rated people in the alcohol group as having better fluency — specifically better pronunciation — than those in the water group. Ratings for grammar, vocabulary and argumentation were similar between groups.

The authors point out that the dose of alcohol tested in the study was low, and that higher levels of consumption might not have these beneficial effects. After all, they write in their paper, drinking too much can have the exact opposite effect on fluency and can even lead to slurred speech.

And because the people in the study knew what they were drinking, it’s not possible to know whether their speech improved because of alcohol’s biological effects or its psychological ones. (Previous studies have shown that people who think they’re drinking alcohol can experience similar levels of impairment as those drinking the real thing.) “Future research on this topic should include an alcohol placebo condition,” the authors write, “to disentangle the relative impact of pharmacological vs. expectancy effects.”

The study’s findings should also be replicated in other groups of people, they add, to show that the results aren’t unique to native German speakers or to people learning Dutch. At least one other paper supports this theory, though; in a 1972 study, small doses of alcohol improved Americans’ pronunciation of words in Thai.

While the study did not measure people’s mental states or emotions, the authors say it’s possible that a low-to-moderate dose of alcohol “reduces language anxiety” and therefore increases proficiency. “This might enable foreign language speakers to speak more fluently in the foreign language after drinking a small amount of alcohol,” they conclude. 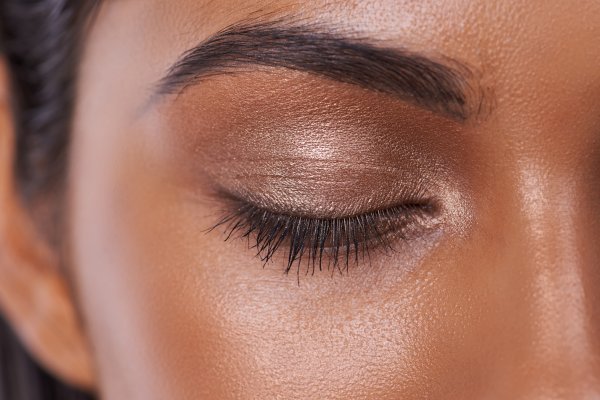 Want to Look Younger? Your Eyebrows May Be the Key, Study Says
Next Up: Editor's Pick