It sometimes feels like if you want to truly make a difference in your health, you need to hit the gym every day or make every workout as intense as possible. But new research suggests that simply walking more can have a real impact on lifespan. In fact, people in the study who walked just 150 minutes a week or more had a 20% lower risk of premature death, compared to those who walked less.

Even for people who didn’t meet those 150 recommended minutes of activity per week, walking at least a little bit was still better than getting no exercise at all, found the American Journal of Preventive Medicine study.

Lead author Alpa Patel, a researcher with the American Cancer Society, says the study is good news for anyone who worries that walking doesn’t count as exercise. “In our study, close to 95% of people who engaged in any physical activity did some walking—but for half of those people, walking was the only moderate to vigorous exercise they got,” she says. “Now we can see that it really does have real benefits.”

The study, which followed nearly 140,000 people for an average of 13 years, compared adults who got no physical activity at all, those whose only exercise was walking, and those who walked plus did other types of exercise. It also compared people who got more than the recommended 150 minutes of activity per week and those who got less.

The people in the study were mostly senior citizens, with an average age of 70. During the study’s follow-up period, about 43,000 of them died.

Whether people achieved their 150 minutes a week of physical activity through only walking or through other activities didn’t seem to matter; both groups reaped similar longevity benefits. In the walking-only group, those who walked the most were better protected against death from respiratory disease, cardiovascular disease, and cancer than those who walked the least.

This wasn’t surprising to the researchers, because walking has previously been associated with a lower risk of heart disease, diabetes, and breast and colon cancers. But Patel was a bit surprised that the people who only walked got almost as much benefit as those who got other types of exercise as well.

Only half of U.S. adults—and even fewer adults 65 and older—meet the recommended guidelines of 150 minutes of moderate activity or 75 minutes of vigorous activity per week. For those people, Patel says, simply aiming to meet that threshold could have real implications on longevity.

The average pace people in the study walked at was 3 miles per hour, or a 20-minute mile. “It’s faster than you’d walk in the grocery store, and it’s enough to get your heart rate up a little bit, but it’s not like they were power walking or jogging,” says Patel. “Walking is the most common type of physical activity that people engage in in the United States, so I was very, very happy to see these results.”

When the researchers compared individuals who got more than 150 minutes of activity to those who got less, they did not include the small percentage of people who reported getting no activity at all. “People who are completely inactive, especially in this age range, may be that way because of underlying health reasons that keep them from being able to walk,” says Patel. “We didn’t want to overestimate the benefits of walking, so we only wanted to include people who were healthy enough to get around.”

The researchers also excluded people with chronic health conditions from their study, and controlled for factors such as smoking status and obesity. Still, the study could only find an association between walking and longer life, not a cause-and-effect relationship.

For people who enjoy more vigorous forms of exercise, there’s no reason to stop; other studies have shown that higher-intensity workouts also have benefits of their own. But for the millions of Americans who aren’t even getting the minimum recommendation for physical activity, Patel says the evidence in support of walking more—at any age—is strong.

“I hope this encourages people, especially older adults but really anyone who’s not engaging in a physical activity regimen, that they don’t have to go out and become a marathon runner,” says Patel. “Going from nothing to something provides a tremendous health benefit to overall longevity, and simply meeting those guidelines can provide even more.” 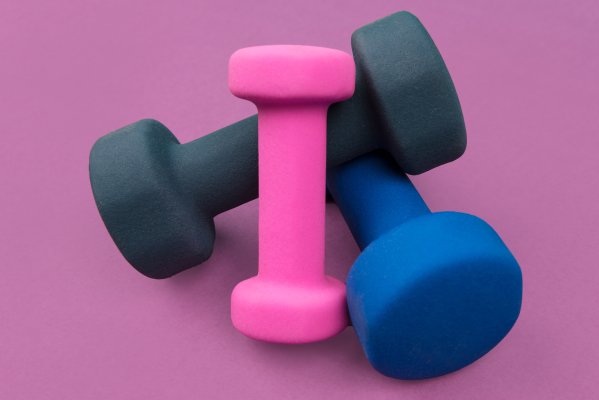 You Asked: Is It Bad to Exercise on an Empty Stomach?
Next Up: Editor's Pick