Sky-gazers will have a good chance of seeing the icy planet Uranus from just 1.7 billion miles away Thursday night — without the help of a telescope.

Uranus is making a close approach to our planet, NASA says, and it could be visible to the naked eye. A waning moon, and the resulting darker sky, should help.

“It’s visible all night long and its blue-green color is unmistakeable. It may be bright enough to see with your naked eye — and for sure in binoculars,” according to NASA.

Uranus is 4 times wider than Earth. For perspective, NASA says, if Earth was the size of a nickel, Uranus would be about as big as a softball.

Despite its relative size to Earth, National Geographic notes, the planet would still be just barely visible without any viewing equipment even under ideal conditions. But binoculars, rather than a full telescope, should suffice, NASA says.

The best way to see Uranus, according to National Geographic, is by looking toward the southeast, where it will be close to the Pisces constellation.

“Scan the constellation carefully, and look for a tiny blue-green disk to pop out against the background of fainter stars,” the magazine advises.

Since Uranus will remain close by, those who do have a telescope will be able to see it throughout the month of October. 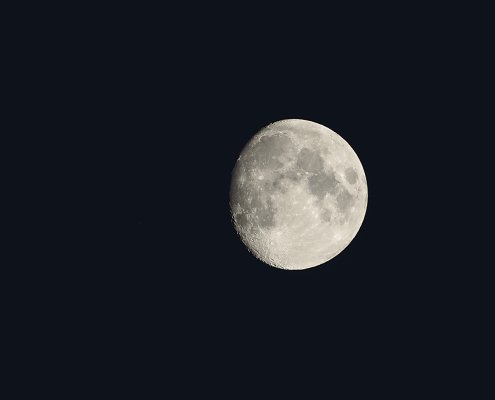 NASA: The Moon Once Had an Atmosphere That Faded
Next Up: Editor's Pick