Nearly 150 years after most countries officially abolished it, more than 40 million people remain trapped in modern slavery — either forced into labor or marriage. Women and girls account for 71% of these victims. Meanwhile, an additional 152 million children (64 million girls and 88 million boys) are subject to child labor — almost one in ten children around the world. This may not sound like the world we think we live in, but it is.

How has this seemingly anachronistic scourge taken hold? One challenge is that modern slavery takes many forms. According to a recently released study by the International Labour Organization, Walk Free Foundation and IOM, 62% of victims are forced laborers, toiling under threat or coercion as domestic workers, in clandestine factories, on farms and fishing boats or in the sex industry, among other sectors. Unprincipled and often criminal actors continue to exploit vulnerabilities within supply chains. An alarming 38% of modern slavery victims are trapped in forced marriages through a range of different mechanisms, including physical, emotional or financial duress; deception by family members, the spouse or others; or the use of force or threats or severe pressure.

Modern slavery remains very much a feature of today’s global economy, and is present in almost every country. While the private sector forces an estimated 16 million people around the world into exploitative labor, state authorities impose it upon another 4 million people in situations such as compulsory prison labor, compulsory labor for the purpose of economic development, and the abuse of conscription. No nation is immune from this problem. Each must design their own prevention and protection policies.

Several international legal instruments can provide guidance, including the ILO’s Forced Labour Convention and Protocol of 2014, the U.N. instrument on slavery and slavery-like practices of 1956 and the U.N. Protocol on trafficking in persons, especially women and children, of 2000. But law and policy must go further, focusing on prevention, on protecting victims, on remedies and on tackling the root causes of the abuses.

Greater enforcement of existing criminal laws is a critical part of any response. But extending labor rights to all those who work in the informal economy— where modern slavery is more likely to occur — is also vital if we are to protect workers from exploitation that can lead to enslavement. For example, millions of domestic workers worldwide currently fall outside the scope and protection of any labor laws.

Debt bondage is also a widespread means of coercion. Over 50% of those in forced labor experience some form of debt bondage — addressing its root causes, through a focus on discrimination, social safety nets and access to financial services is essential to tackling this particular form of exploitation.

A significant share of modern slavery can be traced to failings in the migration system and thus improved migration governance by states — and all of their ministries that have responsibilities touching on the movement of people — is another priority. We know that much of modern slavery today occurs in contexts of state fragility, conflict and crisis, and so we should address the risk of modern slavery as part of humanitarian actions.

For now, ending modern slavery and child labor remains a formidable challenge. We must move faster if we are to reach the ambitious target set by the UN Sustainable Development Goals of ending child labor by 2025 and modern slavery by 2030 — and to make this the world we wish to live in. 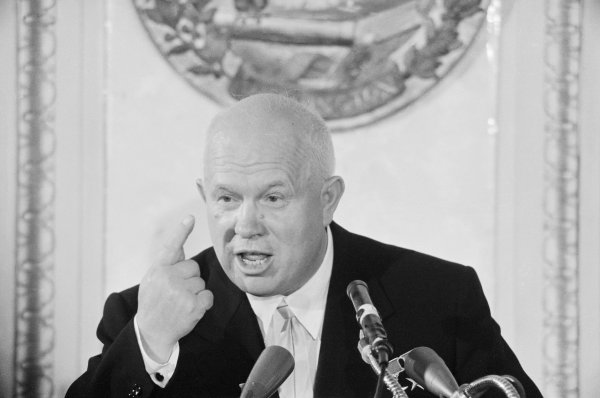 The Night Nikita Khrushchev Gave Me My Nickname
Next Up: Editor's Pick