While Taylor Swift’s single “Look What You Made Me Do” appeared to take shots at everyone from Kim Kardashian and Kanye West to Katy Perry, it appears that the pop star still has the good humor to poke some fun at herself.

In a behind-the-scenes clip that she released on Tuesday, Swift gives fans a look at the extensive wardrobe that she needed for the detail-laden music video that referenced many of the fashion statements that she made for past music videos, concerts, and albums when she was the “old Taylor.”

“We’re picking which looks are the ones we want to call attention to and go back and have sort of sarcastic look down memory lane,” she said before pointing out an outfit from the VMAs and a cheerleading outfit from her music video for “Shake It Off.” 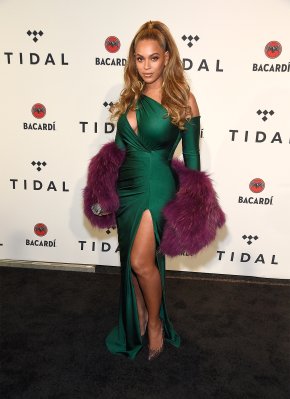 Of Course Beyoncé Slayed the Red Carpet for a Cause
Next Up: Editor's Pick