Nielsen has announced a new service that reveals Netflix viewership numbers to other networks for the first time, but Netflix says the data is “not even close” to accurate.

The Subscription Video On Demand Content Ratings service measures views of video content from streaming services across all platforms, Nielsen says, which allows networks like ABC and NBC to see how many people tune into an episode of popular Netflix shows like House of Cards, for example.

Nielsen said in a statement that the service represents “a big step forward in terms of moving closer to transparency” in the streaming industry. But Netflix, which notoriously keeps viewership information a secret, says Nielsen’s data is wrong.

“The data that Nielsen is reporting is not accurate, not even close, and does not reflect the viewing of these shows on Netflix,” a spokesperson said in a statement.

Eight major television networks and production studios — including ABC, NBC, A&E, Lions Gate and Warner Bros — have already subscribed to the service, which offers U.S. ratings for 12,000 Netflix assets, including original content, the Wall Street Journal reports. Nielsen said it will add similar data from other streaming services like Hulu and Amazon in 2018.

Initial findings from Nielsen reveal that House of Cards, The Defenders and Fuller House draw large audiences comparable to top-rated shows on TV. The season premieres of House of Cards and Fuller House averaged about 4.6 million viewers each during the weeks of May 30 and Sept. 22 — about the same as the number of people who tuned in to watch Texas A&M play the University of Alabama in college football during the week of Oct. 2, according to Nielsen data.

The Defenders, a Netflix original show about four Marvel superheroes, drew 6.1 million in the week following its release on Aug. 18, USA Today reports. That figure is slightly less than the more than 7 million viewers who watched the Big Bang Theory in syndication during the week of Sept. 25, Nielsen says 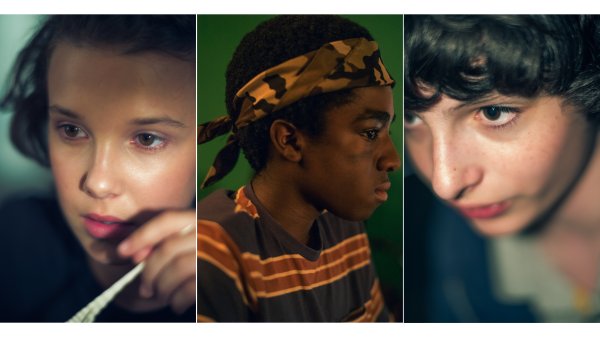 Stories From the Set of Stranger Things, the TV Escape We Need Right Now
Next Up: Editor's Pick