Mychael Knight, a fashion designer and former contestant on the show Project Runway, has died. He was 39, and his friend Jerris Madison confirmed to NBC News that he died outside of Atlanta, Ga.

Knight’s cause of death has not been disclosed, but he had written in the past that his struggles with irritable bowel syndrome were causing problems with his immune system, according to multiple reports.

Knight had been a contestant in season 3 of Project Runway, in which he finished fourth but won the “Fan Favorite” award. He later returned for Project Runway All-Stars, finishing eighth. After his appearance on the show, Knight went on to launch his own clothing and lingerie lines.

“We are still processing the untimely death of our son, brother, friend, and uncle,” his family said in a statement. “Mychael meant everything to us and we loved him dearly.”

“Mychael Knight was my friend, my brother, and a voice of reason everyone wants in their corner in the entertainment industry,” Madison said on his website. “He was passionate, outspoken, direct, kind, and unapologetic.” 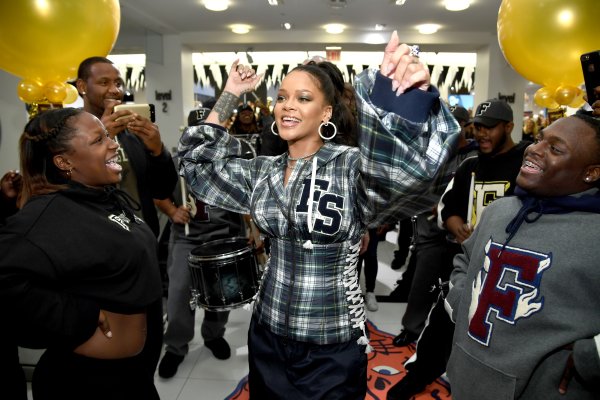 Rihanna Cannot Deal With This One Thing on Social Media
Next Up: Editor's Pick