“[W]hat has really happened here is that, we have a president who does not understand governance. Forget his policies for a minute. He doesn’t understand how the government functions,” Biden said Tuesday alongside Ohio governor and former Republican presidential candidate John Kasich at a forum at the University of Delaware.

Biden said that there was a reason why the government has established certain “political norms,” despite Trump’s pledge to “drain the swamp” and rid Washington of political insiders and bureaucracy within the federal government. He then touched on Trump’s social media habits.

“Violating the norms of personal conduct generates more anxiety and fear than any policy prescription that this president has enunciated,” Biden added. “Sending his Secretary of State [Rex Tillerson] to talk with North Korea and saying he’s on a fool’s errand… it is absolutely bizarre. It’s bizarre conduct.”

Trump himself met with a foreign leader earlier Tuesday. Greece Prime Minister Alexis Tsipras told reporters at a press conference that his country and the U.S. “share common values.” Trump in turn hailed the Greece’s economic revival in the wake of an extended financial recession. 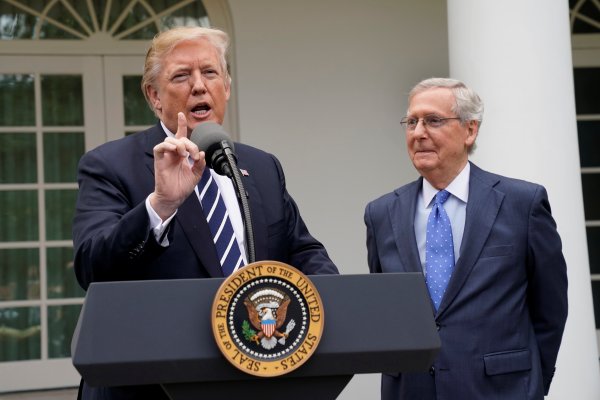 Trump Spoke About Everything From Puerto Rico to Robert Mueller. Read the Transcript
Next Up: Editor's Pick