Is This Our Moment of Decline? Lessons From Rome Before the Fall

Marble fragment of a sarcophagus depicting the Roman Senate during a procession on the occasion of the appointment of a consul.
DEA / G. DAGLI ORTI/Getty Images
By Lily Rothman

Every great Western power since the fall of Rome has considered itself the heir of the Romans and wondered when their own fall would come. But that doesn’t mean the analogy’s not valuable, argues Mike Duncan in his new book The Storm Before the Storm: The Beginning of the End of the Roman Republic, which zooms in on one moment in that lengthy rise and fall, finding it full of parallels — and warnings.

The comparison question (is the U.S. like Rome and, if yes, is the end nigh?) was one Duncan heard constantly while working on the project and for about a decade before while creating his award-winning podcast The History of Rome. In a preface to the book, he spins it into a more valuable phrasing: Which part of Rome’s expansive history provides the best analogy to the present day? Comparisons between the early phases of Rome’s establishment and “the global conquest phase” would have been more accurate during the founding of the U.S. and the mid-20th century, respectively, and analogies to the dictatorship phase and ultimate collapse are not yet ripe. Hence, he writes, “if the United States is anywhere on the Roman timeline, it must be somewhere between the great wars of conquest and the rise of the Caesars.”

In other words, his period of focus, a relatively less famous moment that predates the span covered by Edward Gibbon’s Decline and Fall by about 200 years. During that period, the republican system that had ruled Rome without a king for hundreds of years began to crumble. After that period came the emperors. In the middle was a turning point, and one side of our analogy, which he locates in the years between 133 and 80 BCE.

“I do have a tendency to believe there’s just an entropy to world history. No matter how big, strong, powerful anything is, eventually it’s going to decay and collapse,” Duncan tells TIME. “I don’t think that it has to get worse. Sometimes it can get better. [But] you look at what is happening in the United States right now and it’s hard not to be pessimistic about the long-term chances for the republic. I don’t think it will last forever. It’s just a matter of whether the republic is going to collapse a thousand years from now or five hundred years from now or is it going to collapse a week from next Thursday.”

Which is not to say that there’s no way to affect the type and timing of the collapse. The elements on which Duncan pins the blame for the end of the Roman Republic and the rise of the dictators are many, ranging from corruption and a failure to confront inequality to lack of agreement over who was allowed to count as a citizen, but they weren’t inevitable.

If the Roman Senate had been less intransigent about change in the early days of the period in question — if they’d allowed land reform, if they’d taken steps to blunt rising inequality, if they’d been more open to letting their Italian allies into the citizenship system — Duncan believes that the breakdown of the republican system could have been stopped or at least significantly delayed. But, throughout, Roman leaders would have to have shown that the good of the republic remained paramount. By the time the end neared, in the first century BCE, Duncan believes it was too late. “Too many precedents had been broken,” he says. “It had been proven too conclusively that if you were bold and if you commanded a large and loyal army and could acquire your own revenue streams, you could just go straight for the top and all the power that you want.”

It’s also worth noting that this collapse was not actually the end of Ancient Roman civilization. With a new form of leadership, Rome would endure for hundreds more years. In what he’s learned from the example of Rome (as well as the revolutions he’s studied for a newer podcast) it’s become clear to Duncan that one important element that keeps a civilization moving onto a new stage rather than completely falling apart is its ability and willingness to adapt.

“There are always these roiling forces, people who have been shut out of power, people who are new to the system, some new class of people who are rising and gaining political consciousness. If the society can successfully integrate those people then you get to keep going,” he says. “The look of it will change, the character of it will change, you might take on a different language or a new religion — which is something that happened to the Romans too; they went from being pagan to Christian and stayed Roman — but if the system is adaptable enough and the leaders who happen to be in power at any given moment are able to see a longer term future that integrates people rather than rejects them, you can keep going.”

For the leaders of the Roman Republic, that question came up in terms of how to treat the Italian allies who were not officially Roman citizens. For the later denizens of the Roman Empire, it was a matter of refusing to integrate the Goths. And, in that case, Duncan sees the refusal to integrate new people into society as a key step in the ultimate collapse, which is often identified as having taken place in 476 AD. “That’s when you get those groups independently achieving an equal amount of power,” he says, “and they just blow you out of the water and that’s the end of you.”

That said, he has some sympathy for the Roman Senators who failed to preserve their own governmental system. Though there are certain traits he believes modern Americans share with the Ancient Romans — jealousy, ambition, the ability to be corrupted by power — our value system is not the same as theirs. While we have a tendency to see progress as inherently good, he says, they were very “small-c conservative” and did not see their world as something that needed fixing. There was no shared idea that things could always get better, and thus it can be difficult for us to wrap our minds around how difficult it would have been for them to embrace any kind of reform. “They wanted tomorrow to be like today and they wanted today to be just like yesterday,” Duncan says. “So when I’m sitting here 2,000 years later and saying, ‘If you’d listened to the Gracchi you wouldn’t be in this mess,’ that would take them overcoming an entire worldview.”

But even an imperfect analogy is better than nothing, he says — though it won’t necessarily be enough to keep modern leaders from making new achievements and mistakes of their own.

“I don’t think we should stop looking for something that’s at least similar enough that it can be a torch to light our way as we wander blindly into the future, but nothing is ever perfect,” Duncan says, “This is not a Battlestar Galactica situation where we’re just reliving the same period of time over and over again. That’s not actually how history works.” 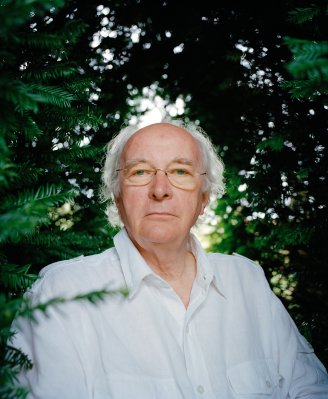 Philip Pullman Has Made a Career Building New Worlds. He’s Not Done Yet
Next Up: Editor's Pick