The hashtag #MeToo went viral earlier this week, giving people a platform to speak out on sexual harassment and assault in the wake of numerous allegations made against Harvey Weinstein. But it wasn’t just women who shared experiences — men also took part in the powerful social media campaign.

Sparked by the actor Alyssa Milano, the hashtag campaign prompted people to write #MeToo on social media to “give people a sense of the magnitude” of how pervasive sexual assault and harassment is in our culture.

Some men used the hashtag to share their own experiences dealing with sexual harassment.

“I don’t know if it means anything coming from a gay man but it’s happened,” actor Javier Muñoz, who currently stars as Founding Father Alexander Hamilton in the hit musical, “Hamilton,” tweeted.

Director and actor Alex Winter also posted the hashtag, writing, “While my story isn’t public, those that need to know are aware. But speaking up wasn’t easy so please listen, acknowledge & accept.”

People began sharing their experiences online after an explosive New York Times report detailing three decades of sexual assault and harassment allegations against Weinstein. A subsequent New Yorker article that included more women sharing similar experiences, including some who detailed alleged rape, set off a larger debate about pervasive sexual misconduct in Hollywood and other industries — and the silence that allows abuse to occur. Weinstein’s rep said “any allegations of non-consensual sex are unequivocally denied,” in a statement last week.

Men began opening up last week after the Weinstein allegations were revealed, starting with actor Terry Crews, who said he was assaulted by an unnamed Hollywood executive. Actor James Van Der Beek, best known for his role on Dawson’s Creek, said he’s had his “ass grabbed by older, powerful men.”

Other men reacted to the #MeToo campaign by taking ownership of their own behavior towards women — with some even creating new hashtag campaigns that encouraged people to share how they would change their behaviors.

Using #HowIWillChange, several men said they would start calling out predatory behavior, teach their children to honor and respect women and to listen more. 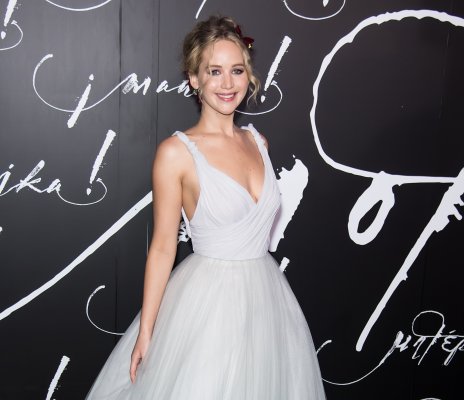 14 Celebrities Who Are Surprisingly Frugal With Their Money
Next Up: Editor's Pick