14 Celebrities Who Are Surprisingly Frugal With Their Money

You can be a water-wasting neighbor who purchases dinosaur skulls and candy rooms. Or, like these celebrities, you can choose to live more modestly.

Living a “frugal” lifestyle has shifting definitions for everyone. Jay Leno, for example, has more than 100 cars, but he also saved all the money he earned from his late-night show. And Dave Grohl invested a lot of money into his music studio, but his home lifestyle is relatively middle class.

Here are 14 celebrities who live way below their means.

In 2011, Jennifer Lawrence got her first Oscar nomination for “Winter’s Bone.” In 2012, she starred in “The Hunger Games.” Even then, she was still driving a Volkswagen Eos, which costs around $39,000 and which Cheatsheet called “more of a car for an actor new to Hollywood looking to make a name.”

When he’s not shooting “Game of Thrones” in Europe, Dinklage lives in New York’s Hudson Valley, in New Paltz, with his wife and daughter. He stuck with his home there instead of moving to Hollywood when he was cast in “Thrones.” He’s the type of person who’d rather buy a chainsaw himself and learn how to cut down “unruly branches” on his property than hire a gardener.

For years, Jay Leno didn’t spend any of his “Tonight Show” money.

Though he’s famous for his ostentatious car collection, Leno is a fastidious saver.

He’s always tried to hold two jobs, spending the money from one job while saving money from the other.

Later, when he was the host of the “Tonight Show” on NBC, he saved all of his “Tonight Show” money — reportedly as much as $30 million per year, according to CNBC— and only spent the money he made from stand-up comedy touring.

Read More: 12 Free Apps That Will Save You a Ton of Money

In a 2012 interview with Conan O’Brien, the actress said she almost exclusively shops with coupons, and is a particular fan of Bed Bath & Beyond’s famous 20% off coupons.

Her wedding with Dax Shepard famously cost just $142, including the gas to get to the courthouse.

Carrie Underwood is a coupon-clipper as well.

In a diary of her eating habits for Rachel Ray’s website, Underwood said she clips coupons for grocery shopping (but also often forgets them at home, like everyone else).

The popes of history have frequently lived like kings. Not Francis. He chose not to live in the Papal Apartments of Vatican City, instead sticking to a relatively modest three-room dormitory in one of the Vatican’s guesthouses.

His predecessor, Benedict, on the other hand, ordered a three-month renovation that involved the installation of a dental office and room for his own piano. He also commissioned a custom cologne just for his own personal use.

Francis’s frugality has sometimes irked some of his neighbors. He’s stuck with simple clothing, nicknamed “papal athleisure,” which tailors complain about, saying it’s hurting their businesses.

Grohl takes care of his family, but otherwise mostly leaves his money in his bank account. He drives a “family car” and has a house that “is just big enough,” he told The Red Bulletin. The exception is the studio he built.

“My only status symbol would be 606, my studio in the San Fernando Valley in Los Angeles,” he said. “I’ve invested a fortune to make it look exactly like ABBA’s legendary Atlantis studio. I’m not kidding: That’s what I was after and it cost me a lot to have that dream come alive.”

Read More: 10 Celebrities Who Have Gotten in Trouble for Being Wasteful

PASADENA, CA - APRIL 10: Actress Sarah Michelle Gellar attends her book signing for "Stirring up Fun with Food: Over 115 Simple, Delicious Ways to be Creative in the Kitchen" at Vroman's Bookstore on April 10, 2017 in Pasadena, California. (Photo by Tasia Wells/Getty Images)
Tasia Wells—Getty Images

“Freddie and I go to the supermarket probably every day, because we like to eat fresh, organic and local,” she told Self magazine. “People think it’s so expensive to eat like that, but there are ways to do it so it’s not as pricey.”

The guy who played Pete Campbell on “Mad Men” once lived in “a wooden box” in Los Angeles.

Despite starring in one of the most acclaimed TV shows of this century, Vincent Kartheiser chose the frugal life. He takes public transport, doesn’t own a mirror, and gives away or sells all the free stuff he gets for attending awards shows.

“Like, I don’t have a toilet at the moment,” he told The Guardian in 2010. “My house is just a wooden box. I mean I am planning to get a toilet at some point. But for now I have to go to the neighbors. I threw it all out.”

Ashley Greene tried to stay down-to-earth after being cast in “Twilight.”

The actress told Marie Claire in 2012 that she didn’t plan to use her paychecks on frivolous things, saving up for house and car payments instead.

“I’m lucky because my dad taught me to be frugal and save,”she said. “And that’s important because I want to know that I don’t have to take an acting job for two or three years if I don’t want to and that I’ll still be able to make my house and car payments and buy food for my dogs.”

Read More: 15 Times Kate Middleton Wore Clothes From Zara, Proving That She Is Just Like the Rest of Us

Berkshire Hathaway Chairman and CEO Warren Buffett laughs while touring the exhibit floor at the CenturyLink Center in Omaha, Neb., Saturday, May 6, 2017, where company subsidiaries display their products.
Nati Harnik—AP

The famous investor has strange lifestyle habits. He’s worth around $80 billion, but he lives in the same house he bought 60 years ago, drives an old Cadillac, and spends a lot of his money on charity.

Zooey Deschanel is remarkably frugal for her fame.

During her 2012 divorce from Ben Gibbard, Deschanel’s lawyer publicly filed her finances and revealed that she… is very responsible.

Her personal wealth at the time was around $4 million. She spent $1,000 per month on groceries and household supplies, and gave $1,500 to charity.

Though he’s got his mind on money and money on his mind, Ludacris is very careful about spending it. He drives around in an Acura he got in 1993. When it got in a crash a few years ago, Acura repaired it for him. It’s a contrast to his character from the “Fast and Furious” movies, who loves driving expensive cars.

Kendrick Lamar has rapped about the dangers of materialism — and he sticks to his principles.

His four-bedroom home in Eastvale, California cost a little more than half a million dollars, which isn’t a lot for a musician of his fame. It’s not too far from Compton, where he’s from. 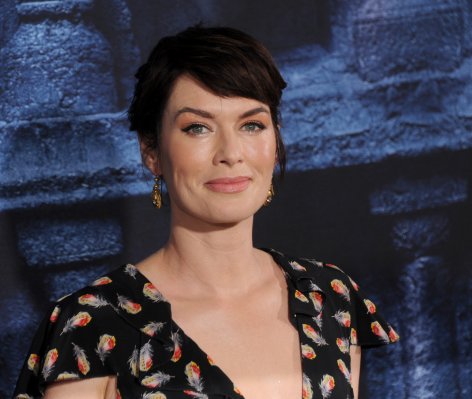