While Rosenberg credited the Weinstein brothers with giving him a start in the movie business, the screenwriter said many people involved with Miramax, the production company founded by Harvey and Bob Weinstein, between the mid-1990s and early 2000s were “aware of a certain pattern of overly-aggressive behavior that was rather dreadful.”

“Everybody-f—ing-knew,” Rosenberg wrote in a powerful Facebook post that has since been removed from public view. “We knew about the man’s hunger; his fervor; his appetite. There was nothing secret about this voracious rapacity; like a gluttonous ogre out of the Brothers Grimm.”

Rosenberg, who wrote the films Things to Do in Denver When You’re Dead and Beautiful Girls for Miramax, is speaking out after an explosive New York Times report was published earlier this month revealing three decades of sexual assault and harassment allegations against Weinstein. The Times report, and subsequent New Yorker piece that included more women revealing similar experiences with Weinstein, ignited a larger debate about how women are treated in Hollywood and the code of silence that permits abuse in the film industry. Weinstein has denied “any allegations of non-consensual sex,” his spokesperson said last week.

In light of the revelations, Weinstein was expelled from the Academy of Motion Pictures Arts and Sciences and fired from The Weinstein Company.

Rosenberg also called out the shocked reaction from several notable people in Hollywood in his lengthy Facebook post. “If Harvey’s behavior is the most reprehensible thing one can imagine, a not-so-distant second is the current flood of sanctimonious denial and condemnation that now crashes upon these shores of rectitude in gloppy tides of bullshit righteousness,” he wrote.

In the post, Rosenberg apologized for staying silent even though he knew of Weinstein’s predatory behavior, though he noted that he had never heard any claims of rape like various accounts detailed in the New Yorker report. Rosenberg defended the mass inaction by saying there was no one to turn to who could stop Weinstein’s power.

“We knew something was bubbling under. Something odious. Something rotten,” Rosenberg wrote. “But…And this is pathetic as it is true: What would you have had us do? Who were we to tell?” 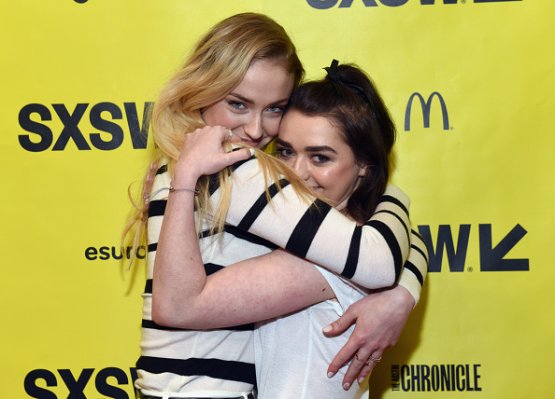 Maisie Williams Congratulated Her 'Beautiful Girlfriend' Sophie Turner on Her Engagement in the Most Adorable Fashion
Next Up: Editor's Pick