Health Fad of the Week: Kids Are Doing Juice Cleanses Now, Too

Not only does it seem like the juice cleanse fad is still going strong–despite its questionable nutritional benefits–kids are now jumping on the trend bandwagon, according to a recent article from the New York Post.

“I have to buy extra because I know she’s going to take it,” Sandra Davella, a 44-year-old banker, tells the Post about her 6-year-old daughter and “junior juicer” Sofia. “If I’m doing a three-day cleanse and I order for her, she goes [to the bathroom] every day.”

While the Post doesn’t offer numbers on how many kids are adopting this adult dieting habit, there are a few cleanse companies that cater specifically to children. California-based company Dherbs.com sells a set of four Children’s Cleanse liquid extracts for $99. Consumed with a raw diet, they company claims it cleanses the entire body. The package is meant for kids ages 2 to 12, and can be customized for up to 14 days.

“For adults and kids alike who are trying to lose weight, these raw and organic drinks are a great kick-starter,” Stephanie Walczak, founder of Rawpothecary, a New York City-based health food company, tells the Post.

So is it better that kids are reaching for these juice cleanses over the sugary stuff? When it comes to juice cleanses and the “juicing” trend, there’s a spectrum for safety. Many of these juices are in fact healthier than sugary beverages, since they’re purely blended vegetables and fruit, with no additional ingredients. The benefits are less so when, as in many juicing methods, the juice is extracted, stripping the fruits and veggies of their natural fiber. Even so, they can provide a nutritional benefit and be part of a well-balanced diet.

The trouble is when people, children especially, use them as meal replacements, for which no juice is adequate. “There’s nothing wrong with a child having these as a beverage,” says registered dietitian Keri Gans. “When they step over the line and use it as a cleanse, that’s when it gets insane.” A growing child won’t get their full nutrition from a juice; not even adults will. There’s also the possibility that a young juicing habit can set the stage early for disordered eating, says Gans.

It’s no secret that cleanses aren’t the best source of nutrition or a weight-loss strategy. People typically lose water weight on a cleanse, but quickly gain it back when they re-introduce solid foods. As for those who argue that cleanses detoxify the body, that job should be left to one’s liver.

Children are, of course, susceptible to mimicking their behavior after the adults around them. But what’s the excuse or adults who continue to adopt, and spend hundreds on, trends that have little evidence to support them?

Let’s turn to some brand and psychology experts. Douglas Van Praet, author of Unconscious Branding: How Neuroscience Can Empower (and Inspire) Marketing, points out that we tend to make decisions based on emotional associations rather than logical ones. “In the case of adults, [the decision to cleanse] is often driven by the desire to be thin, and that’s so strong it flies in the face of logical analysis,” he says.

“We are very swayed by specific situations,” says Arthur Markman, professor of psychology at the University of Texas at Austin. “Your friend may say they did a juice cleanse and felt great after. Even though that’s only one person telling an anecdote, it’s very specific and we are often driven by specific situations. It doesn’t necessarily need to be someone you know,” he says. Think weight-loss ads and celebrity endorsements.

That goes for other health myths people cling to, like anti-vaccination. “There’s no compelling evidence that vaccines are causing autism, and yet you find a significant number of people who are making the argument on the basis of anecdotes,” says Markman, who notes that evidence is sometimes just too abstract for many to understand.

Often, those who claim they don’t partake in juice cleanses for weight loss say they just “feel better” and “have more energy.” While it’s hard to argue with someone’s personal experience, Gans says it does need to be put into perspective. “What were they eating before?” she asks. Cleanses typically come after an overindulgent weekend. And don’t forgot the placebo effect. Often, a benign activity can make us feel better simply because we think it should.

But if none of that can convince people of the empty promises of a juice cleanse, maybe the bottom line will: “They’re expensive, up to $80 a day,” says Davella. And if your children want in on it too, keep multiplying that number and maybe the evidence will finally add up. 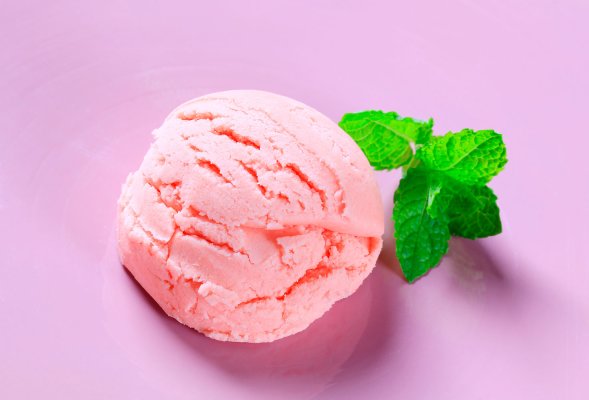