President Donald Trump’s approval rating regarding his handling of the federal government’s response to hurricanes fell 20 points after Hurricane Maria ravaged Puerto Rico, according to a new poll.

The CNN poll, conducted by SSRS, found that 64% of respondents said they approved of the way Trump handled the response to hurricanes in mid-September, after Hurricane Harvey and Hurricane Irma hit the continental United States. But just 44% said the same a month later, after Hurricane Maria.

Trump has faced heavy criticism for his response to the destruction in Puerto Rico, where residents are still struggling with major power outages and a lack of drinking water. In the wake of Hurricane Maria, Trump called San Juan Mayor Carmen Yulin Cruz “nasty” after she begged for help and slammed the U.S. government’s response. Last week, Trump said FEMA and first responders won’t help the island “forever.”

The CNN poll found that a greater percentage of men (53%) than women (36%) approved of Trump’s response after Hurricane Maria. The approval rating was also higher among white people (54%) than non-white people (25%). And young people under the age of 45 were more likely to disapprove than were respondents over the age of 45.

The poll, which surveyed 1,010 respondents by phone between Oct. 12 and Oct. 15, had a margin of error of plus or minus 3.5 percentage points. 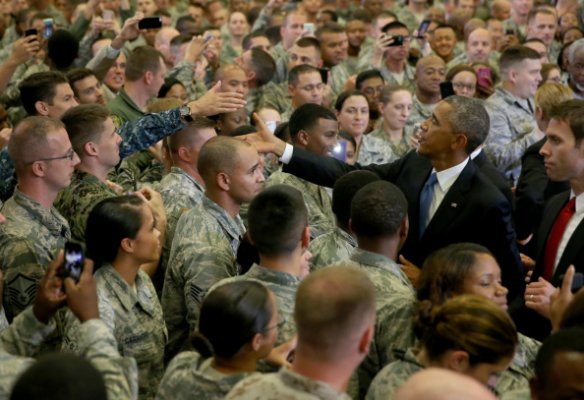