It was that long ago that two neutron stars in Galaxy NGC 4993, in the Hydra constellation, spiraled in toward one another and collided in a titanic eruption, sending out waves of energy that literally shook our world. The shaking happened on Aug. 17 at 8:41 a.m. E.T., as gravitational waves released by the event — ripples in spacetime that Albert Einstein first predicted in 1915 but weren’t confirmed until a full century later — at last reached and passed through the Earth.

While the first detection of gravitational waves in 2015 was a landmark for science in that it proved the very existence of the ripples, the one just announced is actually much richer, providing all manner of insights into all manner of phenomena, including the speed at which the universe is expanding, the nature of potentially deadly radiation known as gamma ray bursts, and even the source of at least half of the gold and platinum in the universe.

Here are four things we just learned about the universe thanks to this breakthrough.

Think of a neutron star as a black hole’s little brother — one that is created by a relatively small star, with less than three times the mass of our sun. When a larger star collapses into a black hole, it leaves behind what is effectively a void in space, an infinitely dense point made of… well, no one knows, because that would require an understanding of how general relativity and quantum physics operate together. And we’re not there yet. Neutron stars, which don’t have quite as much mass, instead collapse down only until the point that their protons and electrons effectively combine to form neutrons. That still produces something sublimely weird — a body that’s little more than 12 miles (20 km) across but so dense that a single teaspoon of it would weigh a billion tons. When black holes collide, the absence of traditional matter means that gravitational waves are all they produce. Neutron stars, by contrast, produce what Caltech physicist David Reitze called “a maelstron of hot debris” in a NASA statement. That, in turn, generates, gamma rays, x-rays, ultraviolet radiation and visible light — along with the gravitational waves — and that gives scientists much more to study.

Astronomers have long been curious about sudden, intense blasts of radiation from deep space known as gamma ray bursts. Actually, they haven’t just been curious about them, they’ve also been afraid of them, because a powerful enough burst emanating at just the right — or wrong — angle could wipe out life on any planet that happened to be in the way. The source of gamma ray bursts was long thought to be colliding neutron stars, but it took the recent event to confirm that theory. In fact, it was NASA’s Fermi Gamma-ray Space Telescope that first spotted the event, 1.7 seconds before twin Laser Interferometer Gravitational-Wave Observatories (LIGO) in Hanford, Wash. and Livingston, La., detected the spacetime ripples. The gamma burst was a weak one and it flew wide of Earth — which means we both dodged a bullet and picked up some cool science in the process.

The universe is expanding fast

Astronomers have long known that the universe is flying off in all directions at once; what’s been less clear is how fast. In 1929, astronomer Edwin Hubble sought to determine the speed of the expansion — a figure that would eponymously become known as the Hubble Constant. Initial estimates at the time put the speed at 310 miles (500 km) per second per megaparsec (or 3.3 million miles) — which is just another way of saying incredibly fast. Subsequent calculations have cut the speed to an average of about 43 miles (70) km per second per megaparsec— which is still an awfully quick clip. That was just an estimate, however, with a range of 3 miles (5 km) per second either way. But a gravitational signal from a known galaxy at a known distance made it possible to conduct much more precise calculations of the constant. The result: the actual speed came out precisely in the center of the range of estimates — at the 43-mile per second mark.

Where we get the gold

We’ve long known that the preponderance of elements in the universe are cooked up in the interior of stars, but the source of the heaviest ones — those heavier than iron — have long been a mystery. Observations from the recent event, however, yielded extensive signatures of heavy metals, including gold and platinum. Indeed, there was so much of the stuff that researchers now conclude that neutron stars are responsible for at least half of the heavy elements in existence. Without the occasional neutron star crack-up in other words, gold would be half as plentiful — and twice as expensive. 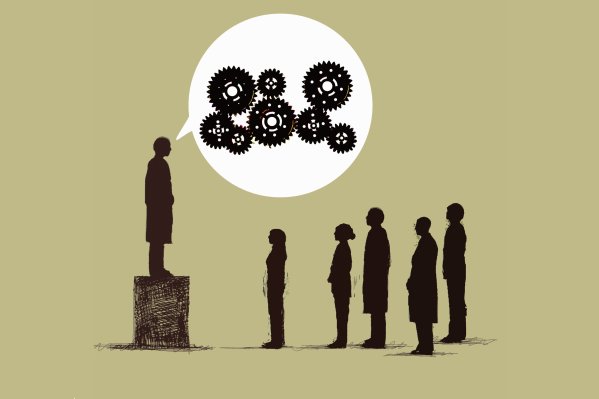 Why So Many People Believe Conspiracy Theories
Next Up: Editor's Pick