Nicole Kidman is setting the record straight about her much buzzed-about smooch with Big Little Lies co-star and on-screen husband Alexander Skarsgård at the 2017 Emmys.

Tongues wagged in September 2017 after Kidman gave Skarsgård a friendly kiss on the mouth at the ceremony after he won an Emmy for Best Supporting Actor in a Limited Series or Movie for his role in Big Little Lies, with many on the Internet pointing out that Kidman did so while husband Keith Urban looked on.

During an appearance on The Graham Norton Show, Kidman defended her choice to kiss Skarsgård in congratulations after Norton cheekily showed a photo of Kidman kissing her co-star.

“I kissed my husband too!” she said. “I did kiss him [Urban]. But you’ve got to understand I did everything with Alex [Skarsgård]! I’ve got an amazing, supportive, gorgeous husband who I love more than anything in the world and I gave Alex a congratulatory kiss and he’s like a mannequin!”

Kidman later took back part of her statement on the funny show, taking it all in stride. 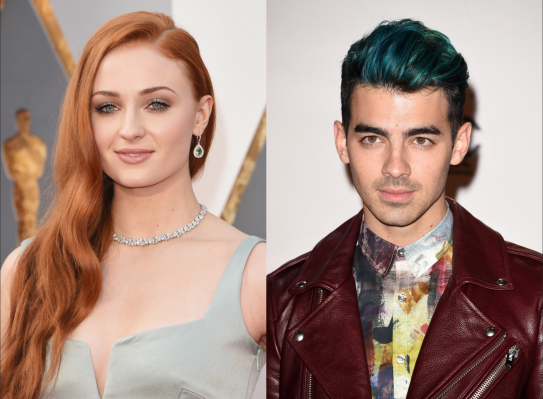 Game of Thrones Star Sophie Turner and Joe Jonas Just Got Engaged
Next Up: Editor's Pick