The Environmental Protection Agency will stop issuing new environmental regulations in response to lawsuits from outside groups, ending a practice that conservatives say had been used by environmental groups during the Obama Administration to speed up the process, the agency’s head said Monday.

In a briefing for reporters, EPA Administrator Scott Pruitt said that the reversal was a matter of following proper procedure.

“We are no longer going to be engaged in that practice,” EPA Administrator Scott Pruitt said in a briefing for reporters. “It’s a very important day to make sure that as we engage in our rulemaking process we respect the process that Congress has established.”

The EPA will also post legal petitions publicly for comment before any potential settlement with a third party and end the practice of paying attorneys fees for outside groups that sue the agency, Pruitt said.

The directive ending the practice — known among conservatives as “sue and settle” — formalizes a stance Pruitt has taken since the early days of his tenure. Pruitt criticized the practice in a speech addressing agency employees shortly after taking office. And he has since issued a verbal directive along those lines earlier this year, according to an E&E News report.

Conservative groups have long criticized “sue and settle” as running afoul of the rule of law, in particular the Administrative Procedure Act, which governs how agencies issue regulations.

The move is the latest in a slew of efforts from Pruitt in his nine months on the job to shift the direction of the agency. Last week, Pruitt formally initiated a process to revoke the Clean Power Plan, Obama’s central measure aimed at fighting climate change. Asked Monday whether the agency would issue a replacement, Pruitt said “that is in process” and suggested that the agency would provide more clarity soon when it formally begins the process of soliciting public comment on the issue. 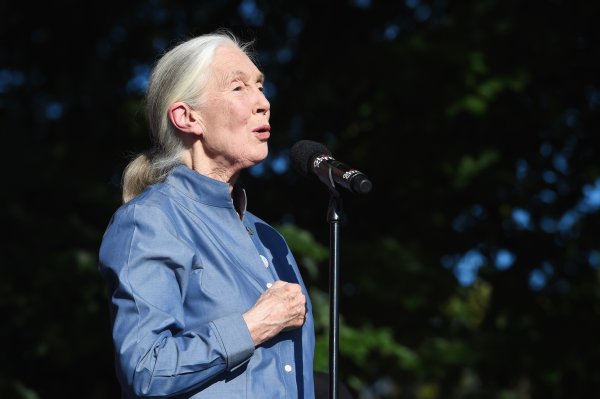 Jane Goodall: 'We Don’t Have Unlimited Time' to Save the Planet
Next Up: Editor's Pick