Sansa Stark has a wedding coming up, and the internet has a lot of feelings about it.

Actor Sophie Turner announced her engagement to singer Joe Jonas on Instagram over the weekend and Game of Thrones fans could not let a perfectly good opportunity to make some Sansa Stark jokes slip by.

After all, Lady Sansa Stark of Winterfell has already been engaged twice, but neither was by choice. Who is this man she has selected to be her husband, who may end up being the next King of the North or at least Lord of Winterfell? Is the engagement merely a strategic alliance for land and soldiers? Was this engagement just another diabolical move by Littlefinger? Or was Sansa simply getting engaged because she couldn’t let Jon Snow best her with his own engagement?

Perhaps most important, though, is the question of whether the new season of Game of Thrones will be delayed even further, after Kit Harington and Rose Leslie’s wedding? The internet had a few questions and took to Twitter to ask them. 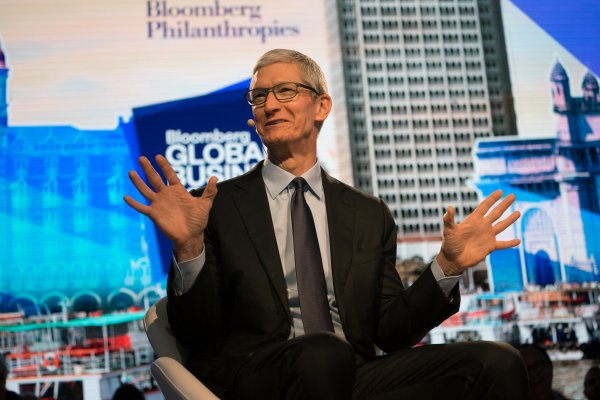 The Internet Is All Over Tim Cook's iPhone Falling Out of His Pocket
Next Up: Editor's Pick