On the latest Last Week Tonight, John Oliver turned his attention to Equifax, the credit reporting agency whose name Oliver equated to a theatrical production involving Daniel Ratcliffe as a horse doing something untoward to a fax machine.

As an agency that sells people’s personal financial information to businesses like banks, Equifax controls some of the most sensitive information in the world. Equifax was told back in March that it needed to patch its security software, but did not and hackers found the security flaw. Equifax learned about the breach in July, but did not tell the public until September—just enough time for three executives to sell some of their stock. The company claims those executives did not know about the breach, but that didn’t stop Oliver from having a laugh.

“It’s one of those things that looks suspicious whether or not you’re doing something wrong,” says Oliver. “It’s like walking into a petting zoo with a bib on.”

To add insult to injury, Equifax is poised to make millions off its own data breach, in which some 145 million Americans had their private information stolen.

See what Oliver has say about Equifax in the clip above. 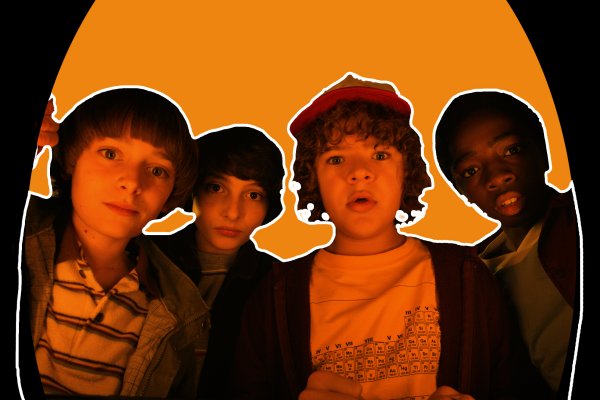 The 10 Most Fascinating Theories About Stranger Things Season 2
Next Up: Editor's Pick