Game of Thrones star Sophie Turner and musician Joe Jonas are engaged, according to two Instagram posts from the couple.

In an image posted on both of their Instagram accounts Sunday afternoon, Turner’s left hand is adorned with an engagement ring. Turner wrote “I said yes” in her caption, and Jonas wrote, “She said yes.”

The couple started dating last year and have documented their travels together on social media. While details of their relationship have remained fairly private, the 21-year-old actor, best known for her portrayal of Sansa Stark on Game of Thrones, opened up to InStyle about it earlier this year.

“I found it easier to date someone who understands the industry or is in that world,” Turner said of dating Jonas, the 28-year-old DNCE frontman and former Jonas Brothers singer.

“You realize that you’re not going to see each other all the time,” she added.

She has also said she is “very happy” in the relationship despite the attention that comes with being a celebrity couple. “You do feel like you’re living in a fishbowl,” she told Marie Claire earlier this year.

Well-wishes already started pouring in for the couple on social media after they announced their engagement Sunday, including celebratory messages from Jonas’s brother, Nick Jonas, and others. 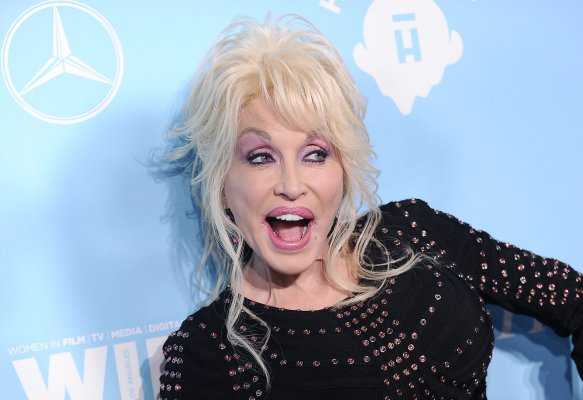 Dolly Parton Has Issued Her Approval of Miley Cyrus' Fiancé
Next Up: Editor's Pick