“Mr. Priebus was voluntarily interviewed by Special Counsel Mueller’s team today,” his attorney William Burck told Politico. “He was happy to answer all of their questions.”

Mueller, a former director of the FBI, is investigating Russian attempts to influence the 2016 presidential election and whether members of President Donald Trump’s campaign colluded with Russia. His team in September sought a large collection of documents from the White House. Mueller has appeared to accelerate the investigation in recent weeks, according to experts.

Priebus is among at least half a dozen current and former aides to Trump who are expected to be interviewed by Mueller’s team. The former Chief of Staff was replaced by John Kelly in July.

Other aides expected to be interviewed are former press secretary Sean Spicer and White House counsel Don McGahn, according to the Associated Press. 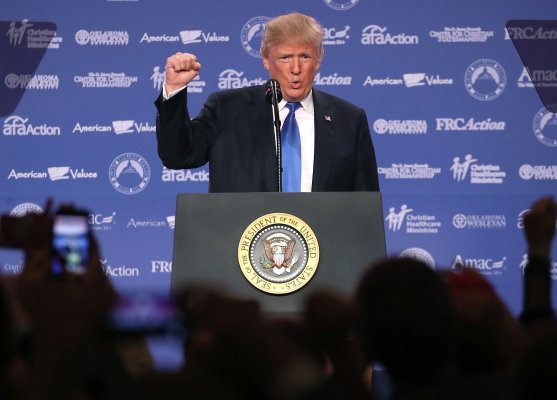 Trump Says He Met With the President of the Virgin Islands. But That's Him
Next Up: Editor's Pick