No, Yellowstone's Supervolcano Isn't Going to Wipe Out Life on Earth Anytime Soon

Magmatic heat from the volcano underneath yellow springs in Yellowstone National Park, Wyoming, in May.
Russell Pearson—Barcroft Images/Getty Images
By Melissa Chan

If you’re worried a supervolcano lying beneath Yellowstone National Park could erupt and plunge the planet into a volcanic winter, you shouldn’t be.

While a future eruption — a prospect widely reported this week after new research — is possible, geologists say it’s incredibly unlikely. The odds that Yellowstone’s sleeping supervolcano will erupt within a century and cause massive devastation are one in 10,000, which is about as likely as a very large asteroid hitting Earth, according to Jacob Lowenstern, a research geologist at the U.S. Geological Survey (USGS).

“It’s not impossible to rule out, but it’s a remote possibility,” said Lowenstern, who used to run the Yellowstone Volcano Observatory, which monitors volcanic activity.

Supervolcanoes have the power to spew more than 1,000 cubic kilometers of debris and hot ash into the air when they erupt, which would have catastrophic consequences, including changes to global climate and agricultural devastation, according to the USGS. They get labeled supervolcanoes only after they’ve already erupted to that magnitude. There are between five and 10 active supervolcanoes in the world, Lowenstern said. The most recent supereruption happened about 27,000 years ago in New Zealand. Long before that, there were two supereruptions at Yellowstone — the first happened 2.1 million years ago and the second occurred 631,000 years ago, according to the USGS.

Many Americans grew concerned that a supereruption was looming after the New York Times detailed a project from a research team at Arizona State University. The team researched the events leading up to the last large eruption at Yellowstone. They found changes in the supervolcano’s system known to help trigger supereruptions, like magma flow, can develop faster than previously thought, according to the Times. “It’s shocking how little time is required to take a volcanic system from being quiet and sitting there to the edge of an eruption,” Hannah Shamloo, an ASU graduate student who was part of the research team, told the newspaper.

Lowenstern agreed, dispelling the notion that there’s a cycle to supereruptions. He added that there is no way to tell exactly when or if it will even erupt, but any kind of eruption in the next 100 years is very unlikely.

Since the last supereruption at Yellowstone, there have been dozens of other eruptions at the national park that were minor. “There’s no requirement that it has to have another large eruption,” Lowenstern said. 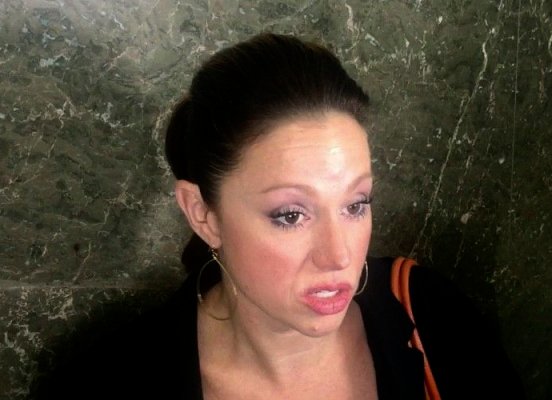 Mom Jailed After Refusing to Vaccinate Her Child Says She Would 'Do It All Over Again'
Next Up: Editor's Pick