How Libraries Discriminate Against Undocumented Children

Sánchez is the author of I Am Not Your Perfect Mexican Daughter, a National Book Award finalist.

I was a kid desperate for stories. Introverted and strange, I spent much of my free time reading stack after stack of books. Many writers reminisce about the magic of libraries when they were growing up; these places are often depicted as spaces of discovery and inspiration. But my local library was not such a place.

I grew up in the working-class and predominately Mexican town of Cicero, Illinois, which borders Chicago’s southwest side. At the time, most of its families — including mine — had recently immigrated from Mexico. The demographics have shifted somewhat, but it largely remains an immigrant community.

When I went to the Cicero Public Library, the entire staff at the local library was white and not particularly fond of the children in the community. Some of my older friends were kicked out of the building for speaking Spanish. When my brother was in fifth grade, he asked a librarian for help with a research project. In response, she harrumphed and angrily walked him over to the section he was looking for, all the while complaining about our parents not being present. She also refused to help him until he showed her a library card.

I sensed the resentment, too. I never felt comfortable asking for recommendations and don’t remember having a single conversation with a librarian. I would check out books and leave immediately.

And so I was not surprised when I learned this past May that students in Cicero were unable to obtain library cards because their parents were obligated to provide government-issued photo identification. An acquaintance of mine who works in the school district had tried to set up field trips for kids to renew or apply for cards and was informed about this requirement. For most Americans who are citizens, I’d venture to guess that these kinds of requests seem perfectly reasonable. For undocumented immigrants, however, this is another instance in which they are being denied a public service.

Requirements for library cards vary all over the country. The writer and library technologist Jessamyn West explained to me that the way libraries are run is very idiosyncratic. Each state manages their library system differently. Some ask for one or two pieces of mail. Some ask for government-issued ID. Others require both. “Denying people access to a public service is getting in the way of what it means to be public,” said West. “And it can be daunting for those who aren’t civically engaged.” This means that although libraries are theoretically for everyone — regardless of legal status — when you’re undocumented, you’re used to taking no for an answer. As West said, “You can take advantage of people not knowing their rights.”

Libraries are supposed to be a safe haven for children, and it’s almost hard to believe that there was a time in which they were banned from even entering. Children were considered a nuisance and were turned away from “morally corrupting books.” It wasn’t until Anne Carroll Moore, a librarian in New York City, established children’s libraries in the late 1800s that this attitude began to shift. And not only did Moore create a space to encourage children to read, she believed that as a librarian she should provide “to the child of foreign parentage a feeling of pride in the beautiful things of the country his parents have left.” In 1924, Moore also hired Nella Larsen, a black writer, to head the Children’s Room in Harlem. Her philosophy was radical at that time.

We too often forget that America once segregated its libraries. The practice only changed because black youth in the 1960s risked their lives to fight back against this discrimination with civil disobedience. Libraries in our country have not always welcomed everyone, and so it makes sense that people are still fighting for access.Sometimes, however, the solutions are simple. Upon learning about the government ID requirement at my hometown library, I was furious. I assumed it was a conscious decision to keep people in the community from accessing books — a belief not so far-fetched, considering the anti-immigrant fervor in our current political climate.

It was with this frustration that I called Jane Schoen, the director of the library and explained to her that their policy was discriminatory. To my surprise, she said she never considered that this would create a barrier for undocumented people. I asked Schoen to reconsider the policy, and when I followed up the next month, I learned that the board had changed the requirement to a photo ID that did not have to be government-issued. When I asked Schoen why the library had agreed to change their policy, she said simply, “Because you brought it to our attention, and it made sense.”

My books largely deal with the obstacles of undocumented immigrants. Knowing that they may not have access to them bothers me on a profound level. All Americans, regardless of their legal status, are entitled to knowledge. Everyone needs to have access to books. Historically this hasn’t been true, but let’s make it so.

If I’m invited to speak or read at a public library, I will first inquire about their policies. I encourage other authors to do the same. I hope that all libraries will be as reasonable and responsive as the Cicero Public Library was in this instance.

It can be hard to remain hopeful when reading the news today. Yet people and places can change when challenged. It’s not always so simple, but there are times when people are simply unaware that they are excluding those who are different from them. Sometimes, all you have to do is ask. And when it works? It might just feel like magic. 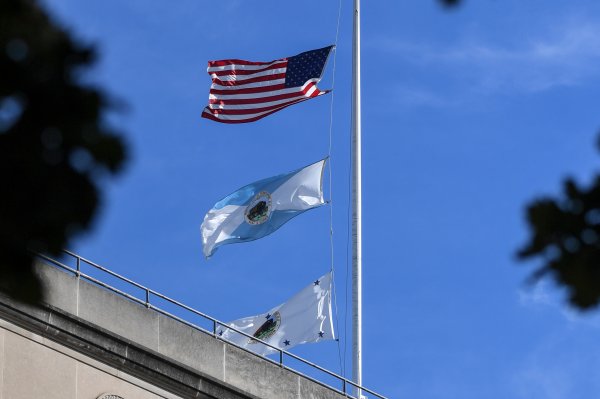