Major college sports scandals tend to fall into several categories. One involves money. Compensation for college athletes is limited to scholarships and stipends; market-based salaries and third-party sponsorships are prohibited. So benefits must slip under the table. Look no further than the potential grandaddy of all financial fracases, the FBI-led criminal investigation — made public in September — into six-figure payments to college basketball players and their families, and five-figure bribes to coaches. The probe has resulted in 10 arrests of assorted sneaker company reps, financial advisers, and assistant coaches, Hall of Fame Louisville Coach Rick Pitino all but officially losing his job, and the potential for crippling penalties to be imposed on some of the nation’s top hoops programs.

Another involves academics. Like when North Carolina athletes — many from the football and men’s basketball teams — took over 1,800 sham classes requiring minimal work from 1999-2011, largely to inflate grades and boost their eligibility according to an independent report released in 2014.

Only in the curious world of college sports would the gears of capitalism, in the form of payments received by college athletes because another party values their services, help spark a criminal investigation, whereas a clear violation of the fundamental premise of college athletics — students will receive an education in lieu of payment— gets a pass.

On Friday, the NCAA announced that it “could not conclude that the University of North Carolina violated NCAA academic rules” in the phony class scandal. So it did not levy any punishment on its athletic department. No future scholarships were stripped, no wins were vacated, no restrictions on bowl eligibility or post-season play were handed down. The NCAA did not deny the existence of academic fraud at North Carolina, but concluded that since the classes were open to the entire student body, it could not penalize North Carolina athletics. (North Carolina has disputed some findings of the independent report).

“While student-athletes likely benefited from the so-called ‘paper courses’ offered by North Carolina, the information available in the record did not establish that the courses were solely created, offered and maintained as an orchestrated effort to benefit student-athletes,” said Greg Sankey, the commissioner of the Southeastern Conference, who headed a panel that investigated the case. The NCAA subtlety shifted some blame to schools who sign off on its bylaws. “NCAA policy is clear,” he said. “The NCAA defers to its member schools to determine whether academic fraud occurred and, ultimately, the panel is bound to making decisions within the rules set by the membership.”

For years, North Carolina gamed the system, and cheated athletes. Some were funneled into classes that required little work for high grades. While their educations suffered, the athletes entertained Tar Heel fans, minted money for the school, and helped line the pockets of coaches and administrators. And the school got away with it. “The NCAA’s decision doesn’t really surprise me,” says Mary Willingham, a learning specialist in the North Carolina athletic department from 2003-2010 who blew the whistle on the academic scandal, and later reached a legal settlement with the university; she had sued North Carolina, saying that she was subject to retaliation for speaking out. “At the same time, it’s sad. It’s appalling. We’re just exploiting kids. We don’t care if they get an education.” Willingham insists the paper class curriculum in the school’s Department of African and Afro-American Studies benefitted sports teams. “I saw it for seven years,” says Willingham, who now works as a literacy director for charter schools in Arkansas. “The conversation was, ‘pop this kids out of this class, put him in a paper class to keep him eligible.'”

The contrast between the lack of fallout in the North Carolina scandal and the seriousness of the criminal probe into college hoops is striking. The defendants in the federal cases may have violated statutes regarding interstate commerce and acted unethically. For example, any coach who steers an impressionable young athlete to a certain adviser because that adviser had paid him is quite shady at best. Still, the underground college sports economy that the FBI exposed exists because the NCAA restricts the earning power of its athletes. “If you remove amateurism and you remove NCAA rules that athletes can’t be compensated, what is wrong with the movement of money to get things that people want?” says Kenneth Shropshire, professor of global sport at Arizona State University. “If I go to Wall Street, some of the richest people on the planet are compensated for introducing people to other people with money, and taking a percentage for that introduction. Deals are brokered all the time. Classically that’s called business.”

After today’s NCAA decision, the message is clear. Coaches and companies who’ve paid college kids, because they’re talented, should be quaking under the desks. The FBI could be trailing you. Schools that play games with academics and defraud athletes of a true education: the consequences could be far less severe. 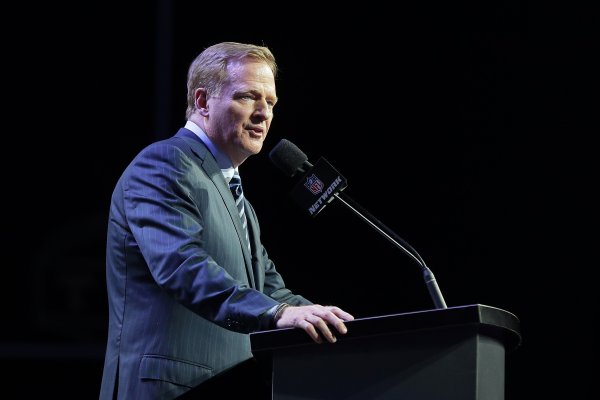