At a press conference for the bill on Thursday, House Minority Leader Nancy Pelosi called DeVos’ policy “an alarming reminder of the White House’s dismissive and cruel attitude toward survivors and students.”

The bill is sure to face opposition from Republicans and from advocacy groups that have argued the Obama-era guidelines failed to protect the due process rights of accused students.

Introduced by California Rep. Jackie Speier, the bill would instruct schools to use the “preponderance of evidence” standard in campus sexual assault investigations. That was one of the most controversial parts of the Obama Administration’s Title IX guidance, because it requires a lower burden of proof than the “clear and convincing evidence” standard. DeVos’ interim guidance now allows universities to decide which standard of evidence to use in their investigations.

Speier on Thursday defended the “preponderance of evidence” standard, which is used in civil trials. “Isn’t this a civil right? To be able to go to school and not be subjected to violence,” she said.

In a speech about the issue last month, DeVos described campus investigations as a system that “has failed too many students,” referring to victims as well as students who say they were falsely accused. 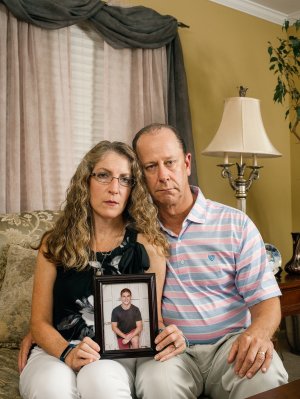 College Students Keep Dying Because of Frat Hazing. Why Is It So Hard to Stop?
Next Up: Editor's Pick