The Women Behind Wonder Woman

When Wonder Woman was truly a wonder: Heathcote tries on the persona for size
Claire Folger—Annapurna Pictures
By Stephanie Zacharek

Long before Wonder Woman was a big cardboard multiplex cutout, she was a comic-book dazzler whose heroic encounters involved bondage, homosexuality and other ostensibly aberrant behaviors. Professor Marston and the Wonder Women is Angela Robinson’s fascinating and admirably adult true-life drama about the creation of the feisty Amazon we think we know so well. Luke Evans plays William Moulton Marston, a curious, energetic professor of psychology at Radcliffe in the 1920s. His wife and fellow academic Elizabeth (Rebecca Hall) is probably even smarter. Both fall in love with a bright young student, Olive Byrne (Bella Heathcote), an adventure that destroys their academic careers.

Yet the triangular relationship endures and deepens over the years, and by the 1940s Marston’s unorthodox thinking about life, love and sex sparks an idea: if women are men’s superiors, as he believes, why not create a comic-book character who embodies that dynamic? His ideas about sexual submission and dominance also find their way into the mix, which raises the hackles of the white-bread morality police.

Robinson, whose credits include The L Word and True Blood, approaches the story in such a low-key, unsensational way that the trio’s beyond-bohemian arrangement is barely eyebrow-raising. What is eyebrow-raising is the movie’s assessment of how Marston’s original Wonder Woman–vital, brainy and a little kinky–became flattened into the safe, asexual role model we know today. As enjoyable as Patty Jenkins’ Wonder Woman film is, today’s WW is definitely SFW. Even in 2017, Marston’s creation is still too much for us, men and women alike. She was a wonder who needed to be cut down to size, and we’re still doing it, whether we realize it or not. 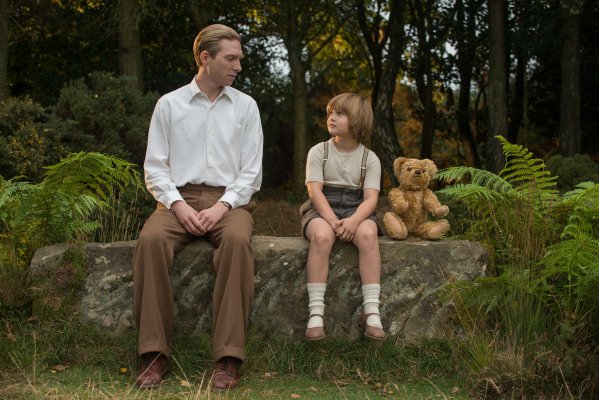 Domhnall Gleeson Proves Once Again That He Can Do Anything
Next Up: Editor's Pick