The Tipping Point: When Do Female Leaders Become the Norm?

If women ran the country, the leadership would probably look like the crowd at Fortune’s annual Most Powerful Women Summit. The usual male-female ratio is reversed. For three days, you can visit a parallel universe where the high-level leaders in every conceivable field are women — onstage, in the audience, at the hotel bar. Gone is the lone female general or CEO in a group shot of guys in suits; instead she’s just one of 300 elite women in the room. It’s a normalization of female power that’s so unusual, it’s a bit startling.

In this world, the senior Senator from Minnesota, Amy Klobuchar, would probably be President. She opened the summit with a fierce and funny keynote about equality and the importance of women’s voices, prompting more than a little speculation that she might really run for the top job. She jokes that people often think she works for the other Senator from Minnesota, Al Franken. As she points out, she’s still not what we think a Senator looks like. Fewer than 50 women have been elected to the Senate in U.S. history.

Her talk was a reminder that outside the Washington hotel where this year’s summit was held, women are losing the numbers game. A lot of the attendees were the first and only women in the upper echelons of their professions. And just 6% of Fortune 500 companies are run by women.

This imbalance is a sign that we have not reached a tipping point that changes the power dynamic. Nilofer Merchant, a former tech CEO and the author of The Power of Onlyness, explains it this way: “When you are less than 15% of a dominant majority group, it’s harder to voice your own ideas. There’s tremendous pressure to assimilate for your own survival rather than risking your place in the group by challenging the majority.” This is understandable: in the hierarchy of needs, belonging is after food and shelter and security.

And if you’re one of very few women, or people of color, Merchant says you may feel that you can’t always be the one speaking for women or Muslims or African Americans or whatever makes you different. You’re just more scrutinized, and that can constrain your ability to be seen as an individual with your own ideas. Merchant says there are ways to operate in that dynamic and still enrich your career, but there’s a critical mass at which point this dynamic changes institutionally: “Research has shown that at least 30% of a group has to consist of nonconformists before the ‘other’ label is abandoned and each member is valued for him- or herself.”

Getting to that 30% organically has proved all but impossible for women at high levels in most industries, from Silicon Valley to Hollywood. As Reshma Saujani, CEO and founder of Girls Who Code, put it at a panel on inclusion, she has come to realize that “people don’t give up power easily.” And at a dinner, Canada’s Prime Minister Justin Trudeau talked about the push he and the government of Canada are making to get more women in the political pipeline. He has personally campaigned to get women to run for office who’ve never run before including Chrystia Freeland a former economics journalist who is now Canada’s Minister of Foreign Affairs. And he famously jump-started equality by making his Cabinet 50% women when he took office two years ago.

Women of color have it doubly hard. Mellody Hobson, president of Ariel Investments, pointed out that most diversity advancements have benefited white women. And in a poignant moment, Hobson’s fellow panelist Thasunda Duckett, CEO of Consumer Banking at JPMorgan Chase, challenged the audience of mainly white executives to step up on behalf of women of color: “What we need from all of you is to commit that this is a sisterhood. Because there’s not enough of us up here.”

One place where women seem to have reached a tipping point is sexual harassment and assault. A few brave women stepped out to accuse Harvey Weinstein of bullying young female actors for sexual favors, and then the floodgates opened as they have in other recent cases where dozens of women have come forward to back up their sisters. As a result, famous men who’ve been rumored to be sexual predators for years have finally been called to account for their behavior. It’s hard to know what’s changed or just what happened to reach critical mass now. But we can only hope that there’s no going back. 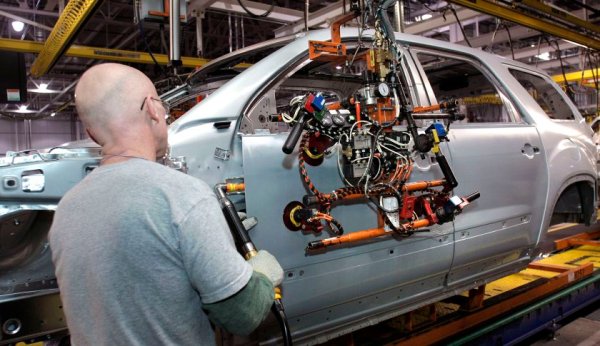