The concept of the casting couch is as old as Hollywood itself, and the tacit code of silence about it is just as old. Actresses who have been propositioned–or worse–by moguls have long opted to remain silent for fear of losing parts. When you’re a rabbit caught in the jaws of a lion, going limp at least gives you a chance of survival.

In a better world than the one we live in, any performer coerced in this way–made to feel that her career hinged on her sexual compliance at the hands of a powerful bully–would feel free enough to speak up. But until shockingly recently, the outcome of doing so was entirely predictable: a woman who spoke up risked losing standing in her profession, or at the very least being labeled a whiner who didn’t know how to play the game. And the man in power would lose nothing. If anything, he’d just grow more powerful.

That code of silence protected Harvey Weinstein for an unconscionably long time. The day the New York Times ran its exposé, when Weinstein offered that initial “I just didn’t know any better, this is just how we did things in the old days” defense, that thunderous sound you most certainly heard was the audible eye-rolling of women around the world. Even in the days of Darryl F. Zanuck, Harry Cohn and Howard Hughes–men who were said to extract sexual favors from a woman in return for career advancement (or even just one measly part)–there were plenty of men who knew better. There’s enough shame in being a man who thinks it’s O.K. to conduct yourself like a caveman. That, even as he was allegedly apologizing, Weinstein seemed to be off-loading responsibility for his behavior–essentially standing there in his short pants with his lollipop, blinking in disbelief that women could be so damn uncool about everything–makes that behavior even more monstrous.

The only plea I would make in the aftermath of Weinstein’s downfall–a victory that’s both wretched and sweet, considering how many people have been hurt along the way–is not to turn against the movies themselves. In the days after the Weinstein story broke, I noticed a number of young women on social media fretting that movies they had loved growing up–like Shakespeare in Love, The English Patient, Jackie Brown and Good Will Hunting, to name just a small number–now seemed tainted. Could they ever bear to enjoy them again?

But to reject the movies themselves amounts to punishing the victim. It undercuts the fine work that so many women–and decent men–have put into Weinstein-produced movies over the years. The ugly reality that some of those women were working under duress makes their contribution, and their fortitude, even more admirable. Don’t let Weinstein take Shakespeare in Love–or your particular favorite–down with him as he slips into the hole he’s dug for himself. Don’t grant him that victory. He deserves to go down empty-handed. 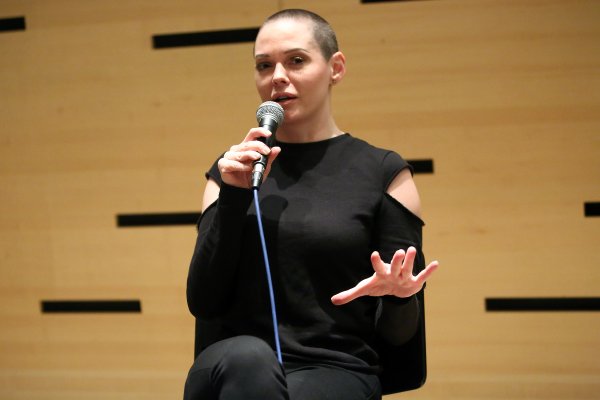