Electric Vehicles Are Here. Now We Need to Figure Out How to Charge Them

I llustration by Syd Weiler for TIME
By Justin Worland

In the century since the dawn of the mass-market car, more than 100,000 gas stations have popped up along the country’s 4 million miles of roads and highways–and a stop to refuel became a crucial part of the quintessential U.S. road trip.

But the heyday of the gas station as a place to refuel is probably drawing to a close. Analysts project that sales of electric vehicles will outnumber sales of gas-powered cars by midcentury. That means a wholesale rethinking of the infrastructure that consumers use to charge their batteries

Powering that electric-car fleet will require a dramatic increase in public charging stations from the 16,000 active today–and fast. How many will be needed? That’s a bit unclear, but a good estimate from the Department of Energy (DOE) is four plugs for every 100 plug-in electric vehicles. The number of electric vehicles sold annually–including both plug-in hybrids and fully electric cars–is expected to grow from around 160,000 in 2016 to 1.5 million by 2030, assuming current federal tax incentives remain in place, according to the Energy Information Administration.

Less clear is who, exactly, is responsible for creating charging stations. “The question is up in the air,” says John Heywood, a professor emeritus of engineering at MIT who has studied electric vehicles. “Questions need to be answered before we sort things out.”

Automakers, power companies, third-party charging companies and federal, state and local governments may all have a vested interest in electric-vehicle infrastructure. That does not mean any of them are rushing to build them.

That’s partly because, at the moment, charging stations remain largely unprofitable. There is little incentive for private charging companies to invest without a guarantor. So automakers and governments have stepped in, working with charging companies on their own piecemeal initiatives.

Charging stations are popping up in parking garages and public spaces. Tesla offers its drivers chargers along its own charging corridor, providing coast-to-coast driving access. BMW and Nissan have joined together to fund their own high-powered charging stations. And Volkswagen committed $2 billion to developing charging points in a settlement over its fraudulent diesel emissions scheme.

States from California to Connecticut have also committed to the effort, offering various grants and incentives to companies building charging points. This month several Western governors from a group that includes Colorado, Utah and Wyoming laid out plans for 5,000 miles of charging stations.

These efforts will rapidly expand the ability to charge on the go, but most remain in early days, leaving consumers to fare largely for themselves. As a result, more than 85% of charging happens at home, according to DOE. That solution is convenient for suburban drivers who can easily power up in a home garage but inaccessible for urban dwellers and long-distance commuters. “If you buy a battery electric vehicle, you need to buy a home recharger,” says Heywood. “Well, that implies you have a home.”

Industry analysts are betting that tech advances will unlock the golden age of charging. Most drivers today charge at home using a regular outlet, but DC charging can do the same job in a fraction of the time and is growing fast in popularity on roadsides. “A lot of early adopters would have been reluctant without the chargers at home,” says Graham Evans, an auto-technology analyst at the market-research firm IHS Markit. “The next wave will see the chargers around.”

Analysts expect the option to expand even further as the time for a long-distance charge declines to around 10 to 15 minutes. That’s a bit longer than it takes to fill a tank. But on a road trip, between bathroom breaks and snack selection, not necessarily a delay. 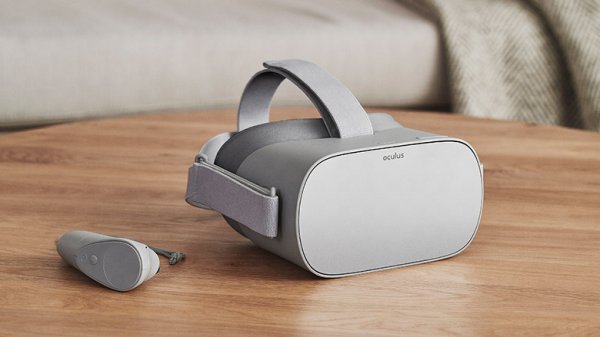 Facebook's New Oculus Headset: Another Sign VR Is About to Get Much Better
Next Up: Editor's Pick