“My father taught me that the greatest sin that could be committed was the abuse of power, whether it was mental, physical, or economic,” Biden said at the Anti-Violence Project Courage Awards in New York, the Washington Examiner reports.

“The cardinal sin was for a man to use his power, physical or economic, to abuse a woman or her child,” Biden said. “It’s disgusting.”

Weinstein was fired last week by his own production company following claims by multiple women in The New Yorker and the New York Times, that the Hollywood producer had sexually assaulted them. Three women accuse Weinstein of rape.

Biden, who made the comments seven days after the Times report was published, commended the “courageous” women who have come forward with their stories. Actors including Cara Delevingne, Asia Argento, Gwyneth Paltrow, Angelina Jolie, Lucia Evans, Mira Sorvino and Rosanna Arquette have all spoken out.

“This disgusting behavior, at least on the part of Harvey Weinstein, has been brought to an abrupt and justifiable end,” Biden said. “But it’s long past time for the powerful men in Hollywood to speak up, to be strong enough to say something, because silence is complicity.”

Weinstein’s spokesperson told the New Yorker that “any allegations of non-consensual sex are unequivocally denied.”

The Hollywood mogul was a longtime donor to the to the Democratic party, and contributed more than $70,000 to former President Barack Obama’s re-election campaign in 2012, according to FEC documents. 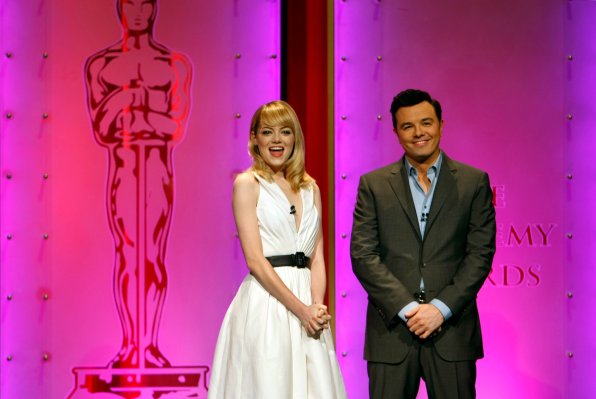