Mira Sorvino: Why I Spoke Out Against Harvey Weinstein

It has been a real struggle to come forward with my story. I have lived in vague fear of Harvey Weinstein for over 20 years, ever since the incidents I described to Ronan Farrow in the New Yorker. At the time I don’t think I even knew that what happened — him using business-related situations to try and press himself sexually on a young woman in his employ — qualified as sexual harassment. But as a woman who routinely advocates for women and girls who have been victimized in my role as Goodwill Ambassador with the United Nations, and as a mother, I could no longer remain silent.

At the time, I told people close to me, and tried to confide in a female employee at Weinstein’s company, Miramax. Her reaction was as though I was suddenly radioactive for daring to bring it up, which gave me little encouragement. Some time later, I heard another similar story, but worse and more disgusting than mine. Yet I had no idea that the abuse was so widespread, and in some cases, so long-term for the victims. I don’t know how I avoided more repeat attempts, except for the fact that shortly after the second incident I began a romantic relationship with one of his top directors that lasted three years.

When an article was rumored to be coming out over a decade ago, I was very happy — Weinstein might finally get his due. Seeing it quashed was discouraging. His power and influence seemed to translate into limitless impunity. When Ronan first reached out and said, “It’s about Harvey Weinstein,” I started crying and shaking. After all those years, that is how much power Weinstein held over me. Many sleepless nights — literally waking at 2 a.m. and not being able to sleep the rest of the night until it was time to take my kids to school — followed.

After some time I agreed to help Ronan, but I wasn’t sure I could put my name out there. I was terrified of retaliation, not only professional but the safety of my children. I also felt my story was insignificant compared to others Ronan described. He always gently reminded me that my incidents bore hallmarks of a specific m.o. — the “meetings” in hotel rooms, the use of massage as the first salvo, the misleading promise of business discussions that quickly evaporated, the bullish physical and psychological brazenness. My experience was remarkably similar to testimonies that described worse sexual abuse, and that if I came forward I would help corroborate other brave women’s stories.

Ultimately my conscience and my desire to break away from the tyranny of intimidation made me shakily agree to put my name and specifically identifiable details in my part of the New Yorker story. We live in a culture in which sexual harassment and rape are rife, part of the power dynamic between men and women in the workplace. That my silence could be complicit in its continued thriving, possibly putting other young girls and women (and boys and men) in danger in Hollywood and beyond, was not something I could live with.

For another 24 hours, I second-guessed my decision, wondering if I would ever work again, wondering if being a whistleblower would mean being blacklisted. But once I knew the story was going to print and it was irrevocable, an enormous peace washed over me — a sense that finally I had taken my personal power back from a man who has made me scared every time I have seen him in public. My fear of what could be done to me has been outweighed by an overwhelming sense that I am living with full courage and honesty.

In the days since, as other women have spoken out, the support has been overwhelming and deeply gratifying. Those of us who have spoken out tapped into an national community of girls, women, boys and men, from every walk of life, who have been subject to this pandemic of sexual harassment and abuse.

It is time for the culture to shift — the age-old tradition of the monied and powerful imposing themselves sexually on the vulnerable and the weak. The Droit du Seigneur must end. And it must end now. This is not a partisan issue. It is not relegated to Hollywood, or red or blue states. Almost every woman I know has some harrowing tale of harassment or sexual assault, and almost every one of them has not gone public for a variety of reasons, including shame and fear.

I am here to encourage a mass speaking-out. The atmosphere of impunity for predators who see it as their right to create climates of sexual intimidation, workplaces, campuses or even homes which are not meritocracies but transactional spaces where in order to keep one’s job or wellbeing one must somehow endure or comply with these unlawful advances, must be shut down. Victim-shaming must be quelled, and the real evildoers called out and punished to the fullest extent of the law. We must, can and will work together to change that culture right now. I will fight so that my daughters and sons will not have to endure what I and every other generation that has come before have had to. So that all of our children’s success will not be determined by their willingness to submit to foul sexual advances, but the quality of their work and the integrity of their spirits. So that they may walk head up, unbowed, and unafraid to live their lives in freedom, solidarity and power. 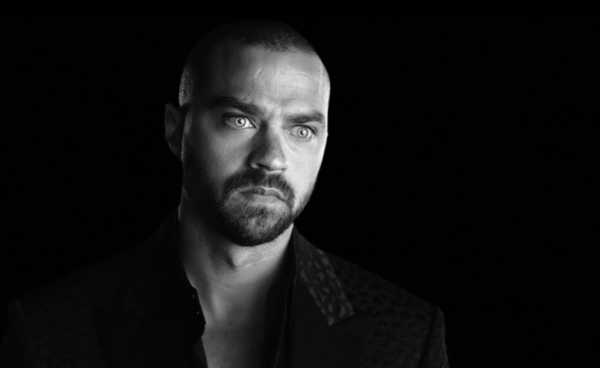