Fans of Breaking Bad, you no longer can have nice things.

At least, tourists making a pilgrimage to Albuquerque, NM and visiting the house in which unexpected drug mastermind Walter White once lived will no longer be able to snap the photos they seek — and will probably also have limited opportunities to toss pizzas onto the unassuming abode’s roof, as was famously done on the show.

The owners of the single-story home are fed up with the constant tourist traffic and impositions, and are constructing a giant, six-foot-tall wrought iron fence to guard against the attention, local KOB4 News reports.

“We don’t want to gate ourselves in,” homeowner Joanne Quintana told KOB4. “We’re the ones who’s being locked up.” But with “hundreds” of visitors passing by over some weekends, they’ve decided it’s time to make a change.

“We feel like we can’t leave because when we, do something happens and that’s ridiculous,” she said, citing instances in which tourists take landscape rocks, request that a garage door be closed or ask the homeowners to leave the scene so they can better snap a picture. Show creator Vince Gilligan even made a public plea back in 2015 for people to stop throwing pizzas on the roof. But even four years on from the show’s finale, clearly some fans still can’t get enough. 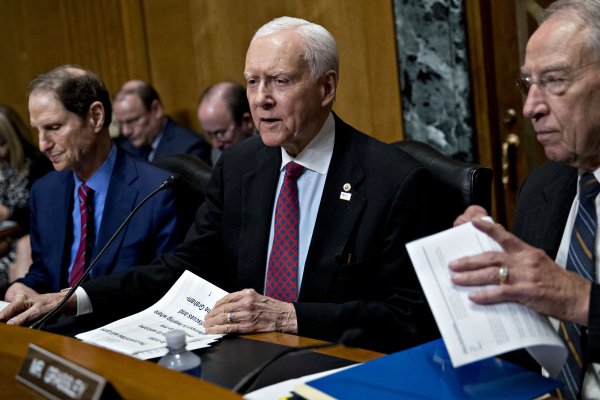 Senator Leans Into Avocado Toast Trend to Make a Point
Next Up: Editor's Pick