'We’re Not Afraid of Trump.' Watch the Eminem Freestyle Everyone's Talking About

“It’s the calm before the storm right here,” the rapper begins in the four-minute clip, before a relentless cascade of criticism of the Trump administration. From the President’s Twitter feuds, to his spats with professional football players, to gun control, to what the rapper calls Trump’s “endorsement of clansmen,” Eminem hammered out a long list of complaints.

“We better give Obama props, cuz what we got in the White House now is a kamikaze that’ll probably cause a nuclear holocaust,” he said in the track to a rapt audience in a parking garage.

“Any fan of mine who’s a supporter of his, I’m drawing in the sand a line, you’re either for or against,” he continued.

The new verse comes almost a year after his first searing tune about Trump, then the Republican presidential candidate, an expletive-laden track titled “Campaign Trail.” 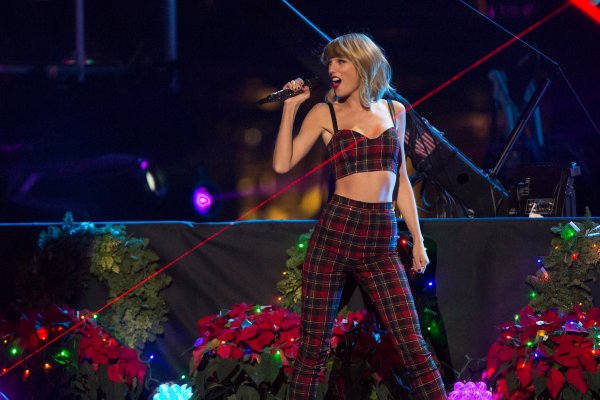 Finally, We Know When Taylor Swift Will Perform This Year
Next Up: Editor's Pick